The National University of Ireland also has five recognised colleges - The Royal College of Surgeons in Ireland, National College of Art and Design, the Institute of Public Administration, the Shannon College of Hotel Management and St. Angela’s College of Education for Home Economics.

In addition to the universities, an important part of the Irish higher education infrastructure is the thirteen Institutes of Technology located throughout the country.

The Sixth Framework Programme for Research (FP6), which ran between 2002 and 2006, supported about 200 million Euros of Irish research. Irish researchers were particularly successful in getting funding for research training, career  development and mobility schemes, through the ‘Human resources and mobility’ parts (which  are also known as ‘Marie Curie Actions’) of the programme ‘Structuring the European Research  Area (ERA)’. Here, 162 Irish research participants received more than 54 million Euros.  Elsewhere, Ireland was also successful in areas such as ‘Information Society Technologies’  (over 42 million Euros); ‘Nanotechnology and Nanosciences’ (nearly 21 million Euros); and ‘Sustainable Development, Global Change and Ecosystems’ (17 million Euros). Irish organisations were also active in   coordinating and participating in projects  under FP6. Some 891 Irish organisations were involved in 715 projects; 175 of these were led  by Irish organisations. 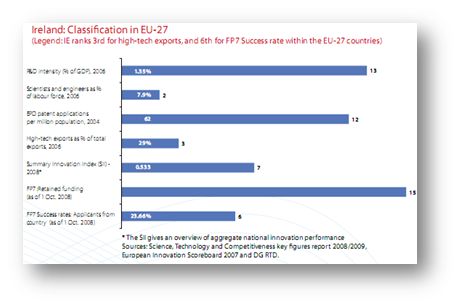 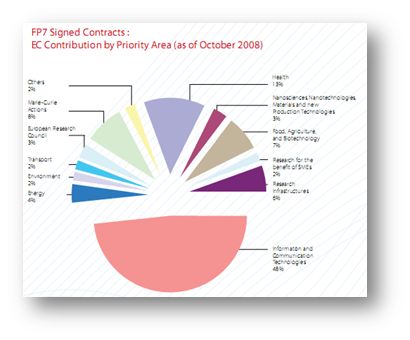 Awareness of Open Access has increased within the research community nationally, particularly since institutional repositories have been built in each Irish university. Advocacy programmes and funder mandates (IRCSET, SFI, HEA) have had a positive effect. There is still some way to go before the majority of Irish researchers will automatically deposit their papers in their local OA repository. Institutional mandates requiring open access archiving of research publications have been adopted in three institutions to date: Dublin Institute of Technology, National University of Ireland, Maynooth and Trinity College Dublin.

The Open Access to Irish Research Project
Irish universities received government funding to build institutional repositories in each Irish university and to develop a federated harvesting and discovery service via a national portal. It is intended that this collaboration will be expanded to embrace all Irish research institutions in the future.

Open Access repositories are currently available in all Irish universities and in a number of other higher education institutions:

A complete list of Irish OA journals is not immediately available. The following list is a sample only and will be expanded following investigation:

Journal of the Society for Musicology in Ireland

Journal of the Statistical and Social Inquiry Society of Ireland

Minerva: an Internet Journal of Philosophy

The Surgeon: Journal of the Royal Colleges of Surgeons of Edinburgh and Ireland