Covering about 28 repositories, this full-scale audit initiative is a worldwide pioneer

RCAAP (The Scientific Open Access Repository of Portugal), operated by FCCN, a unit of the Foundation for Science and Technology (FCT), with scientific and technical support from the University of Minho, has carried out an audit aimed at assessing the compliance level of SARI repositories (Institutional Repositories Hosting Service) with the reference standard ISO 16363:2012 - Audit and certification of trustworthy digital repositories. This internal audit revealed a high level of compliance with regulatory requirements, demonstrating that the repositories integrated into  or hosted by the SARI service are well developed in terms of infrastructure, reliability and security for the preservation of digital objects. 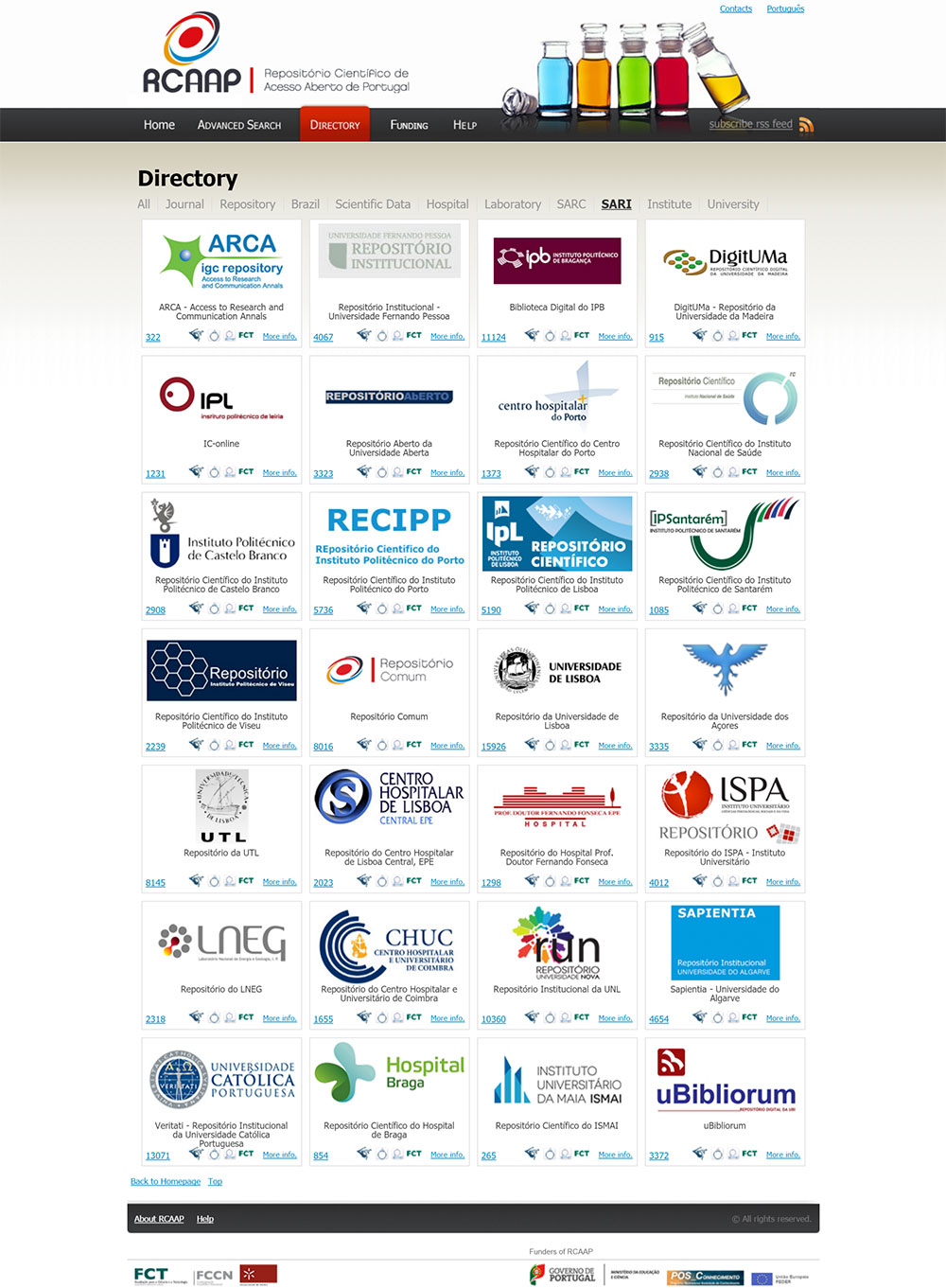 The recently completed audit grew out of needs identified in 2012 by the RCAAP project team to improve practices and support in the area of digital preservation, to cope with increasing responsibilities regarding the legal deposit of theses and dissertations, and to support the implementation of the FCT’s Open Access policy. On September 15, 2015 the Technical Regulation of Deposit of Theses and Dissertations was approved, which requires the deposit of a digital copy of all theses and dissertations into a repository of the RCAAP network. The FCT’s Open Access Policy, approved on January 16, 2014, which applies to publications funded since May 5, 2014, mandates the availability of the scientific results through the Internet, openly, and without costs to the user.

To that end, an internal audit was carried out in order to ensure that all stakeholders have confidence in the services being developed. The audit assessed the level of maturity of the repositories of the SARI network, across three dimensions in two phases: Organizational Infrastructure (1st Phase); Digital Objects Management and Infrastructure, and Security Management (2nd Phase).

In the 1st phase, repositories managers, undertook an organizational infrastructure self-assessment exercise for each requirement of the reference standard. In this dimension, using a scale between 1 and 4, a preliminary audit found that the institutional repositories had an average rating of 2.1. As a result, new recommendations were then adopted by the repositories which improved ratings to an average of 3.4 in the final audit.

In the 2nd phase, following an analysis of all the information, the SARI service increased its level of compliance with the regulatory requirements of the standard ISO 16363, from 2.8 to 3.7 for the dimension of Digital Object Management. In turn, with regard to the requirements relating to the dimension infrastructure and security management, the repositories increased their level of average compliance levels from 2.6 to 3.8. 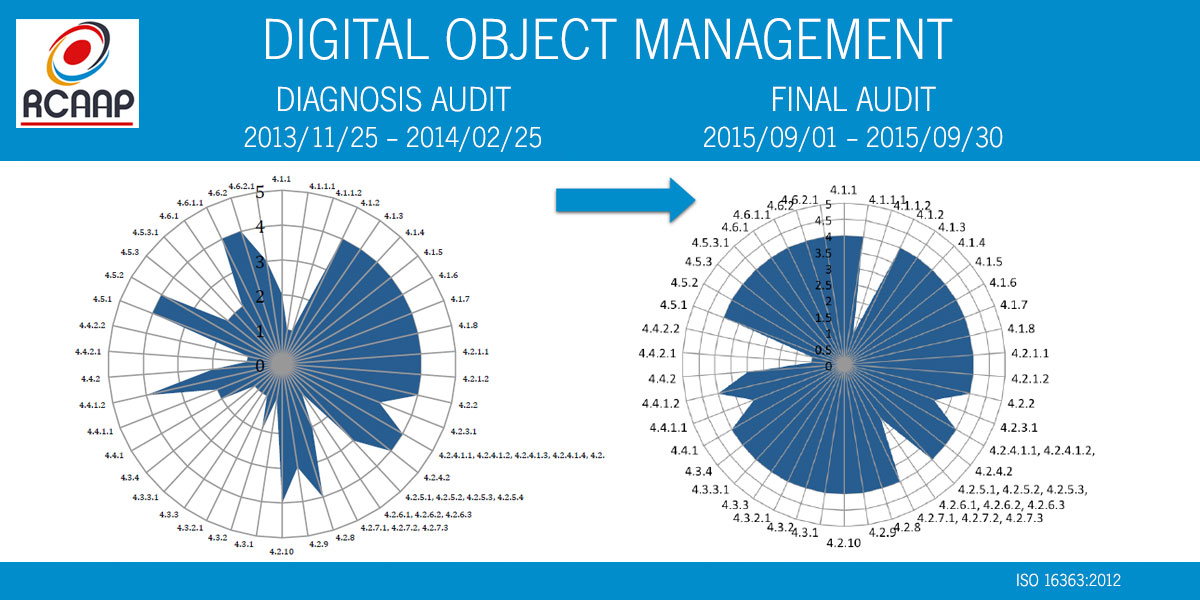 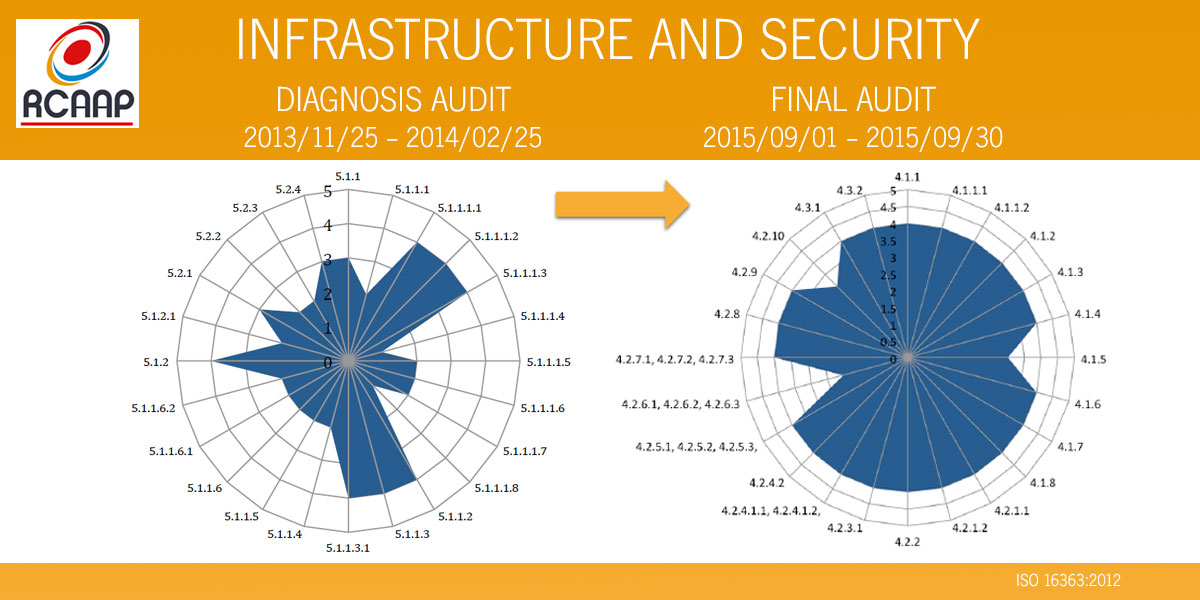 The Scientific Open Access Repository of Portugal (RCAAP Project), operated by FCT | FCCN, with scientific and technical support from the University of Minho, aims to increase the visibility, accessibility and dissemination of national scientific production and to integrate Portugal into a wide range of international initiatives in the Open Access domain.

In addition to the Institutional Repositories Hosting service (SARI), the RCAAP project has been extended to cover other services to better serve the Portuguese scientific community. Of particular note are the Scientific Journal Hosting Service (SARC) and the research data repository.