Connect and Get Connected – Linking Open Science in Austria On 24 and 25 April 2019 the national workshop "Linking Open Science in Austria" was held at the Skylounge of the Faculty of Business, Economics and Statistics (University of Vienna).

We welcomed approximately 60 national and international participants and experts with a variety of professional backgrounds: ranging from librarian to repository manager, from research supporting staff to researcher and from policy maker to funder.

The aim was to connect and get connected – explore the status quo of existing service infrastructures that already apply FAIR principles and inquire into what is needed in order to help promote FAIR implementation on a national and international level, discuss creating universal standards, support FAIR Data, as well as the creation of FAIR research outputs.

On the first day, the main issues addressed ranged from Open (F)AIR, general and international FAIR services (Chapter I & II) to implementation on a local level of FAIR and European Science Cloud (EOSC) on the second day (Chapter III & IV).

Embedded in the second part of the first workshop-day (Chapter II) was the second of three joint workshops of the series "Services to Support FAIR data", held by OpenAIRE and associated partners. The first one was held at the EOSC-hub week in Prague earlier in April. The third workshop will take place during the Open Science Fair in Porto in September.

Maria Seissl, Head of VUL, kicked off the first day with a 'Welcome Note' by highlighting the importance of Open Science and FAIR principles for researchers and research institutions.

Next, Olivia Kaiser, NOAD Austria and one of the workshop organizers, outlined OpenAIRE during her presentation and focused on 'Openness', OpenAIRE as a legal entity as well as FAIR Data principles.

Stefan Hanslik (NCP - National Contact Point: JRC), from the Austrian Federal Ministry of Education, Science and Research 'BMBWF', presented EOSC and the "Latest developments in the eyes of a Governance Board Member". He explained the current and future developments of EOSC.

Finally, Paolo Budroni - from the e-infrastructure Liaison Office of VUL and partner in EOSC supporting projects like EOSC Secretariat and EOSC Pillar – described the national funded project "E-Infrastructure Austria plus & EOSC" and the different stages of EOSC-work - on a national and international level.

Chapter II: All about FAIR – How to Support FAIR Data, Projects & Services

The second part of the first day, was the interactive workshop "Services to Support FAIR Data", that was part of the larger event "Linking Open Science in Austria". It was made up of four presentations and followed by break out groups. It is planned to compile a final report about the three workshops ("Services to Support FAIR Data"), which will be written after the Open Science Fair (Sept. 16-18, 2019) in Porto.

After moderator Sarah Jones' (Digital Curation Center) introduction, the first speaker, Lars Holm Nielsen (CERN), elaborated on ZENODO and gave an insight to the CERN Data Centre and Services. He showcased to what extend ZENODO is already applying the FAIR principle: through offering reliable and persistent digital object identifier (DOI), use of metadata schemas, as well as the possibility of indexing, reuse and registration.

Andra Waagmeester (Micelio) illustrated the process of making the platform Wikidata FAIRE and described developments, infrastructure and how the goals for the future is to make data, e.g. in Wikipedia, FAIRE and user-friendly.

Last but not least, Natalie Harrower (Digital Repository Ireland) shared the past and current developments, the importance as well as future goals of the project "Core Trust Seal". We learned what a Core Trust Seal (CTS) certification process looks like, what the criteria are and how the CTS enables FAIR Data.

Subsequently, participants gathered in four 'break out groups', which were led by experts (who were also participants). The points of discussion were questions regarding the definition of FAIR Data, the obstacles and what would be needed to promote the whole FAIR process:

What does it mean for researchers to make their data FAIR?

How does/could your institution or service help researchers make their data FAIR?

What could/should you do that you are not already doing? What is the priority?

Where are the biggest gaps in provision?

How does/could your institution or service reach researchers and explain the importance of FAIR?

These questions sparked some quite interesting and lively discussions, which offered an insight into the current situation within the participants' institutions.

On the second day, this time conducted at the Austrian Federal Ministry of Education, Science and Research (Freyung 3, Palais Harrach) in Vienna, the presentations focussed on the local level, i.e. the Austrian perspective. In this segment, funders, researchers, decision makers and members of research supporting units came together to discuss EOSC and FAIR implementation at a domestic, local level.

First, Katharina Rieck from the FWF – Austrian Science Fund, focused on the "Research Data Policy of the Austrian Science Fund". She described the changes in the FWF policy towards FWF projects – now requesting Research Data Management Plans for projects as well as a mandatory Open Access policy. She also explained the various stages of Data Management and its national and international relevance, development and importance. She also touched on FWF's compatibility with FAIR (Data) principles.

The next presenter, Barend Mons from GoFAIR international, spoke about the future transition from 'data sharing' to 'data visiting'. He argued for the necessity of an 'Internet of (Social) Machines' and what it means to implement machine learning with FAIR as guiding principles, while pointing out mistakes to avoid (or 'Capital Sins of Open Science', as he called it).

Stefan Hanslik, from the BMBWF – Austrian Federal Ministry of Education, Science and Research, explained the EOSC long-term goal and what to consider in order to make it work on a domestic level (for instance financing, governance board, working groups).

Andreas Rauber, from TU Wien and Chair of RDA Austria, concluded Chapter III, on the one hand, by defining RDA (Research Data Alliance) and what their line of work is – Europe-wide as well as in Austria. On the other hand, explaining RDA working group outcomes, formation of RDA in Austria, its application to become RDA Europe National Node, as well as what RDA Austria can do to contribute and benefit from supporting FAIR data and service.

The last point on the agenda of Chapter III was a panel discussion, which also lead to interesting insights and discussions.

It was, in conclusion, a very productive event/workshop that showed the current state as well as the possible and necessary future developments for implementation of FAIR principles in Open Science.

Please see the following link for further information about the workshop and the speakers' slides: 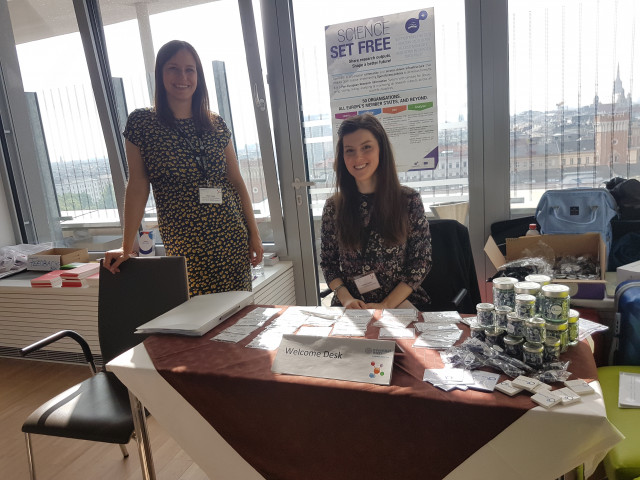 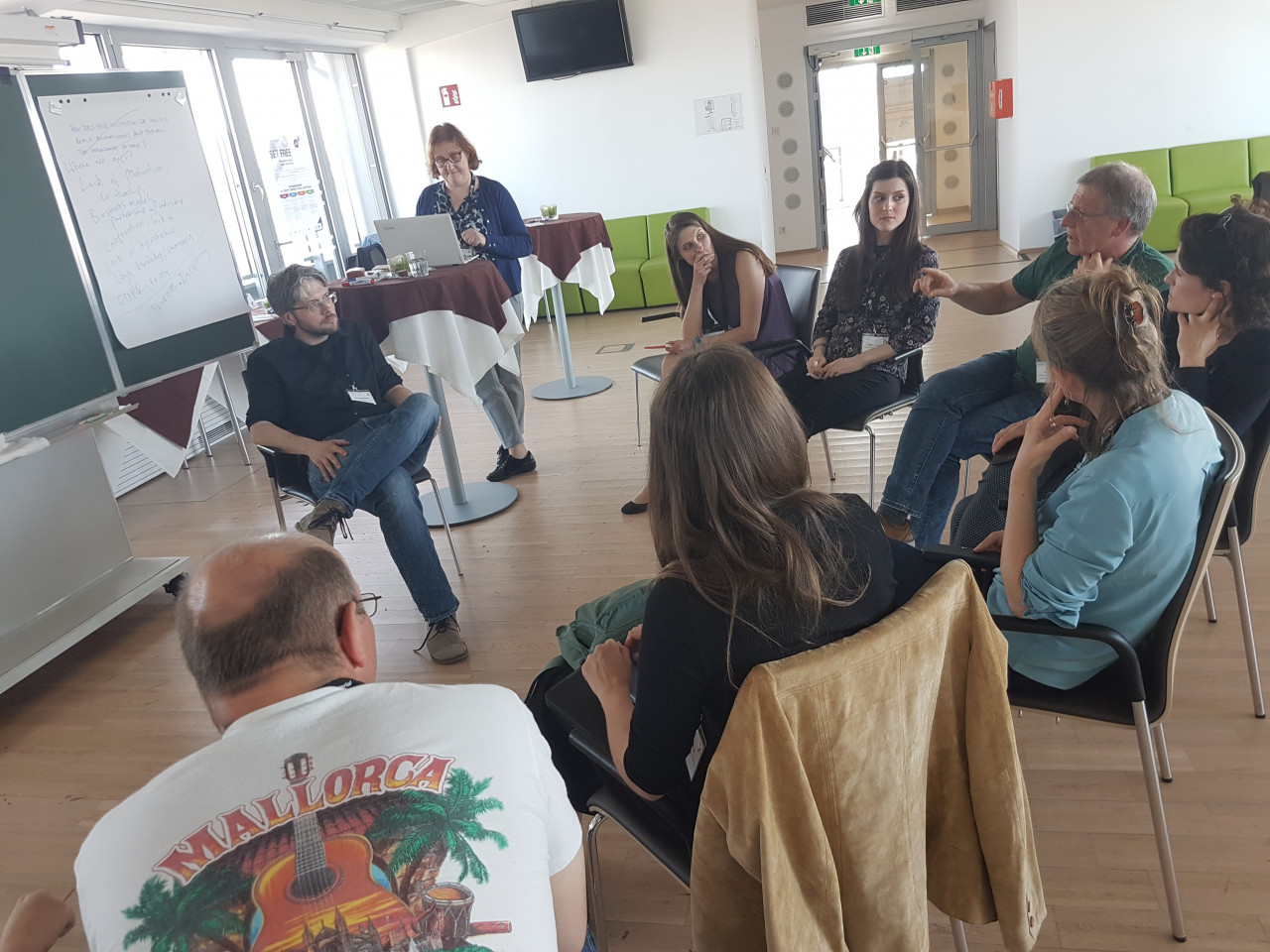 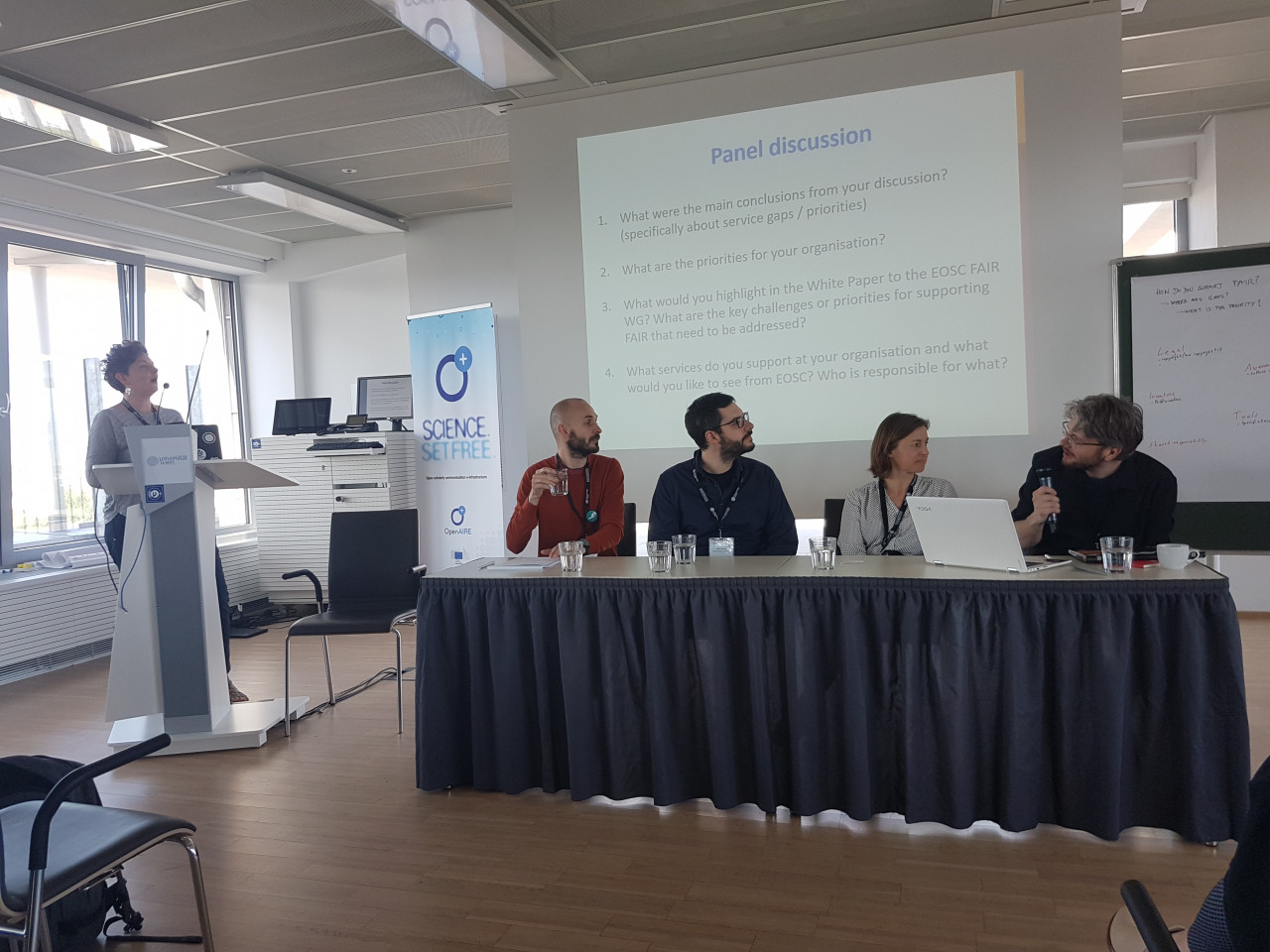 Researchers and their data in Austria: survey results report 2015