EOSC in Greece: policymakers converge in dialogue and the Greek EOSC community meets In brief: Greek research stakeholders working in the EOSC realm have met twice during the past three months in events that were co-organized by ATHENA RC and supported by the Greek NOAD. The aim was to strengthen communication of the Greek EOSC community as well as offer the space for the EOSC Association (EOSC-A), the European Commission (EC) and Greek political leadership to engage in meaningful discussions setting the ground and actions for Open Science and EOSC in Greece in the coming years.

The Tripartite Event: The Tripartite events collectively represent the EOSC efforts of the three parties of the EOSC-A, the EC, and delegates from the Member States and Associated Countries (MS/AC) of the EOSC Steering Board. The national tripartite event series that run in 2022 have fostered the decision making process in each country, individually, by placing national commitments along with substantiating them with national policies and programmes for EOSC which is a priority action in the European Research Area. 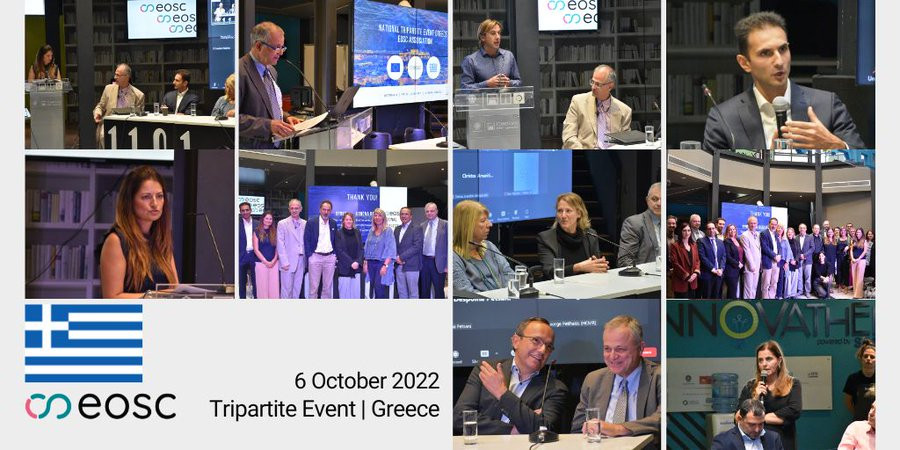 In Greece, the Tripartite event was held on the 6th of October and welcomed 40 in-house and 150 remote participants from across the country. The event was co-organized by ATHENA RC and GRNET who are both full members of the EOSC-A and share responsibilities in its Steering Board, with Prof Yannis Ioannidis and prof Aris Kozyris, respectively. Key stakeholders from the Greek political leadership and public administration were Christos Dimas, Deputy Minister for Research and Technology, Antonis Stasis, General Director at the General Secretariat of Digital Governance and Simplification of Procedures of the Ministry of Digital Governance, and Maria Christoula, Head of International Scientific and Technological Cooperation, General Secretary for Research and Innovation (GSRI). To support national discussions and developments, Pantelis Tziveloglou, Policy Officer, Open Science Unit, DG RTD and Ilaria Nardello, Senior Policy Officer EOSC Association, were present in Athens and had significant contributions throughout with presentations and panel discussions.

Key outcomes: The Greek Tripartite event captured the diversity and dynamic in the collaborative scheme of the Hellenic Open Science Initiative (HOSI), and proved to be very helpful in portraying the strengths and dedication of the Greek research community in Open Science and EOSC at European, national and local levels. Further, both the presentations and the panel discussions contributed to recognizing the weak points in the communication across stakeholders and suggested ways to improve collaboration and synchronization of actions. Specifically, the following points form part of the key outcomes: 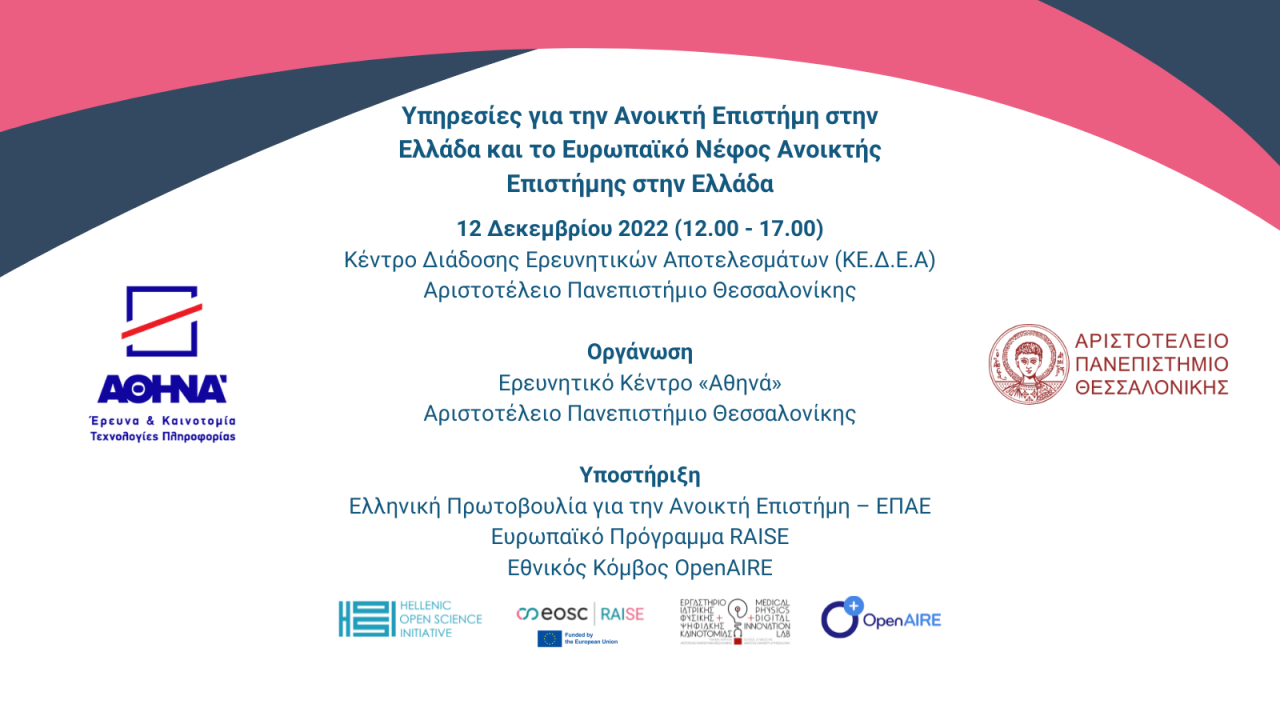 Shared awareness: To complement the Greek Tripartite Event with the alignment of EOSC practices and awareness raising in Greece, an event was organized on December 12th 2022, in Thessaloniki. The event entitled "Open Science Services and the European Open Science Cloud in Greece" was co-organized by the ATHENA RC and the Aristotle University of Thessaloniki, who are partners in the RAISE Horizon Europe project. It aimed to gather the majority of Greek national research, technology and innovation institutes and organizations working in EOSC projects to exchange practices, experiences and learn about (new) services that each develops/has developed. The event incorporated a session that provided a glimpse of the importance, the policies, best practices and tools on Open Access to publications, Research Data Management and Open Software.

This follow-up event was the first EOSC event organized in the North region of Greece, which gave the opportunity to more researchers from those parts of the country to participate in person and thus, create more direct links with the Greek EOSC community. Moreover, the welcome speech of Prof Nikos Papaioannou, Rector of Aristotle University of Thessaloniki (AUTH) who shared his commitment towards adopting and practicing Open Science in AUTH, greatly contributed to setting the ground of discussions and further collaborations. 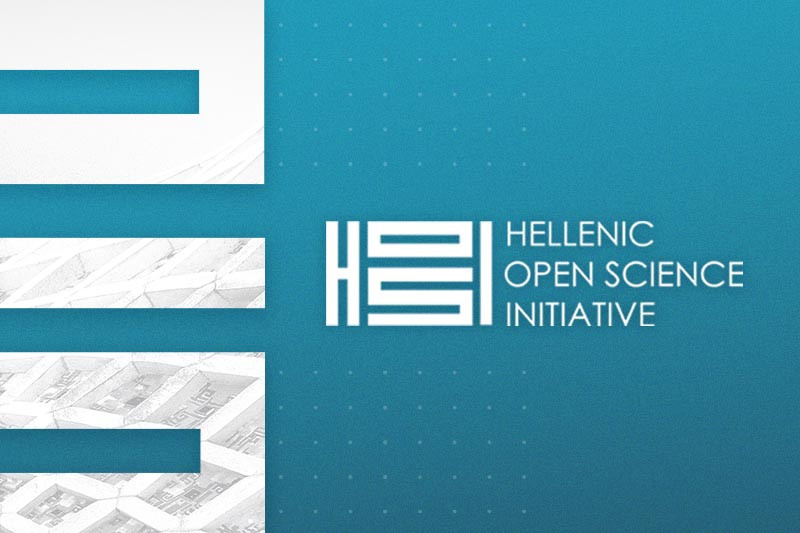 What to expect in 2023: The HOSI met in December to discuss a number of issues pertaining to next year's actions and overall operation. Among them is the digital presence of HOSI via the creation of a dedicated website. The draft version of the website is currently under review by its members. Additionally, to better organize their actions, the HOSI has divided work in the following working groups: a. Policies for Open Science, b. Training and Education for Open Science, c. Open Software for Open Science. Participation to working groups will be possible for everyone working in / for any of the HOSI members' represented organization.