The tradition: The annual Panhellenic Conference of Academic Libraries is one of the most important events for the Greek Academic libraries. Librarians, members of the academic community and suppliers are given the opportunity to broaden their knowledge, to communicate with other colleagues, to syndicate and exchange views and experiences and to be informed about new developments and trends in the Academic Librariesʼ products and services. 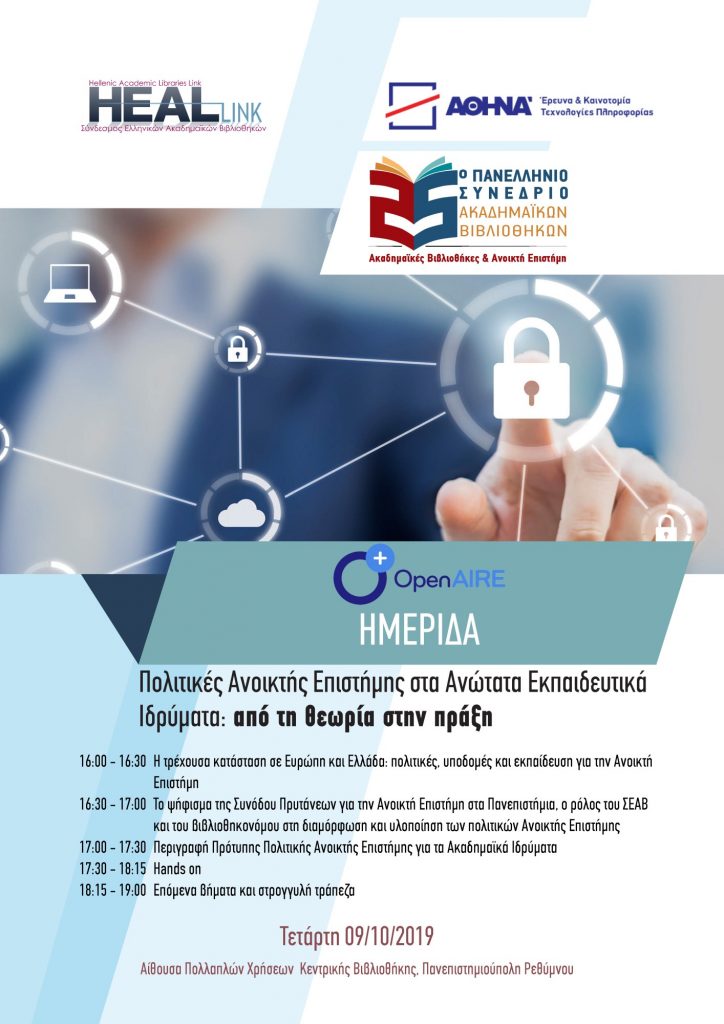 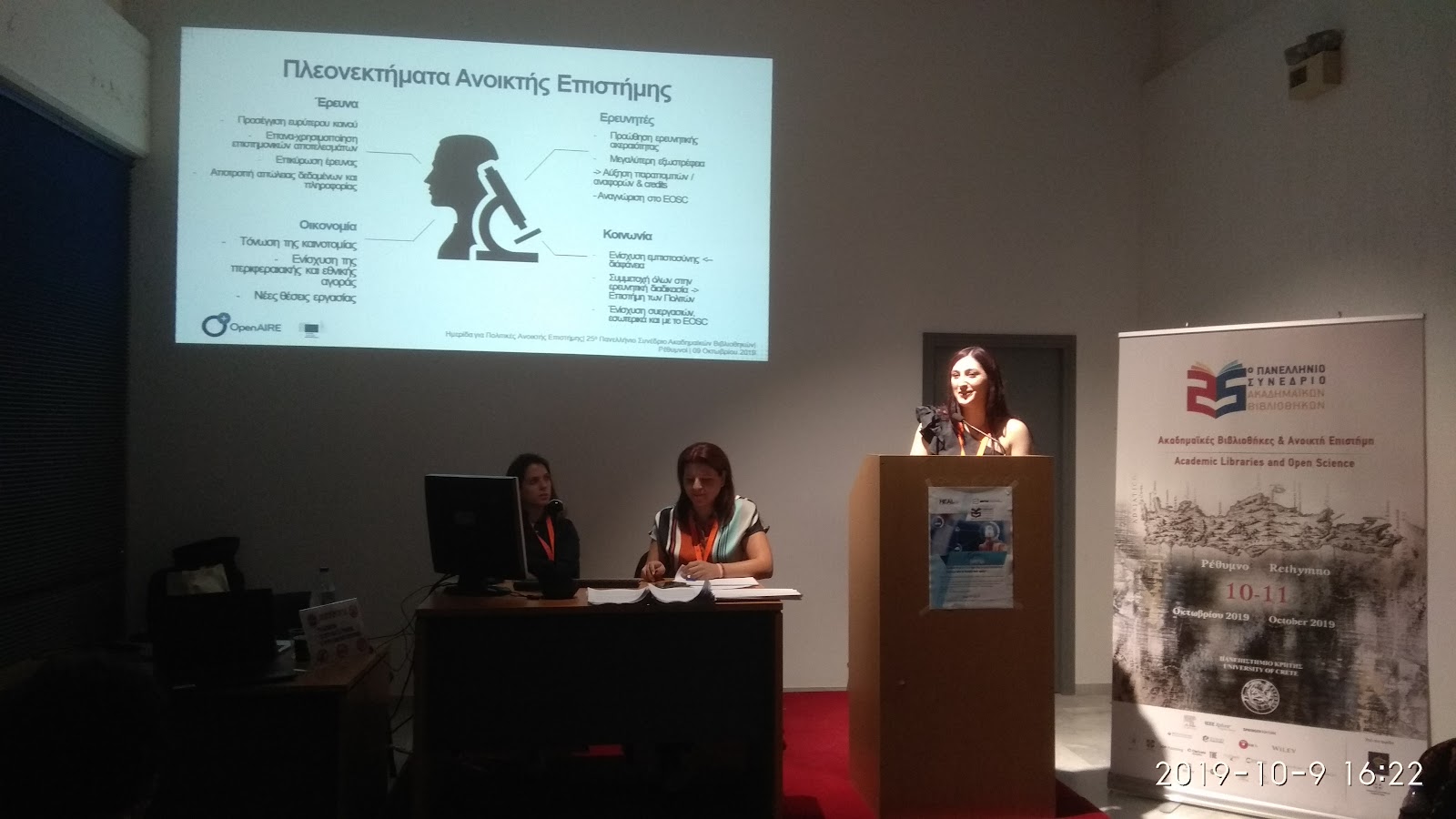 Elli focused on five basic areas: (a) Open Science: definition and benefits, (b) The European institutional framework and the recent developments, (c) The OpenAIRE role in Europe and in Greece, (d) Open Science in Greece: the present and the future, (e) Next steps. 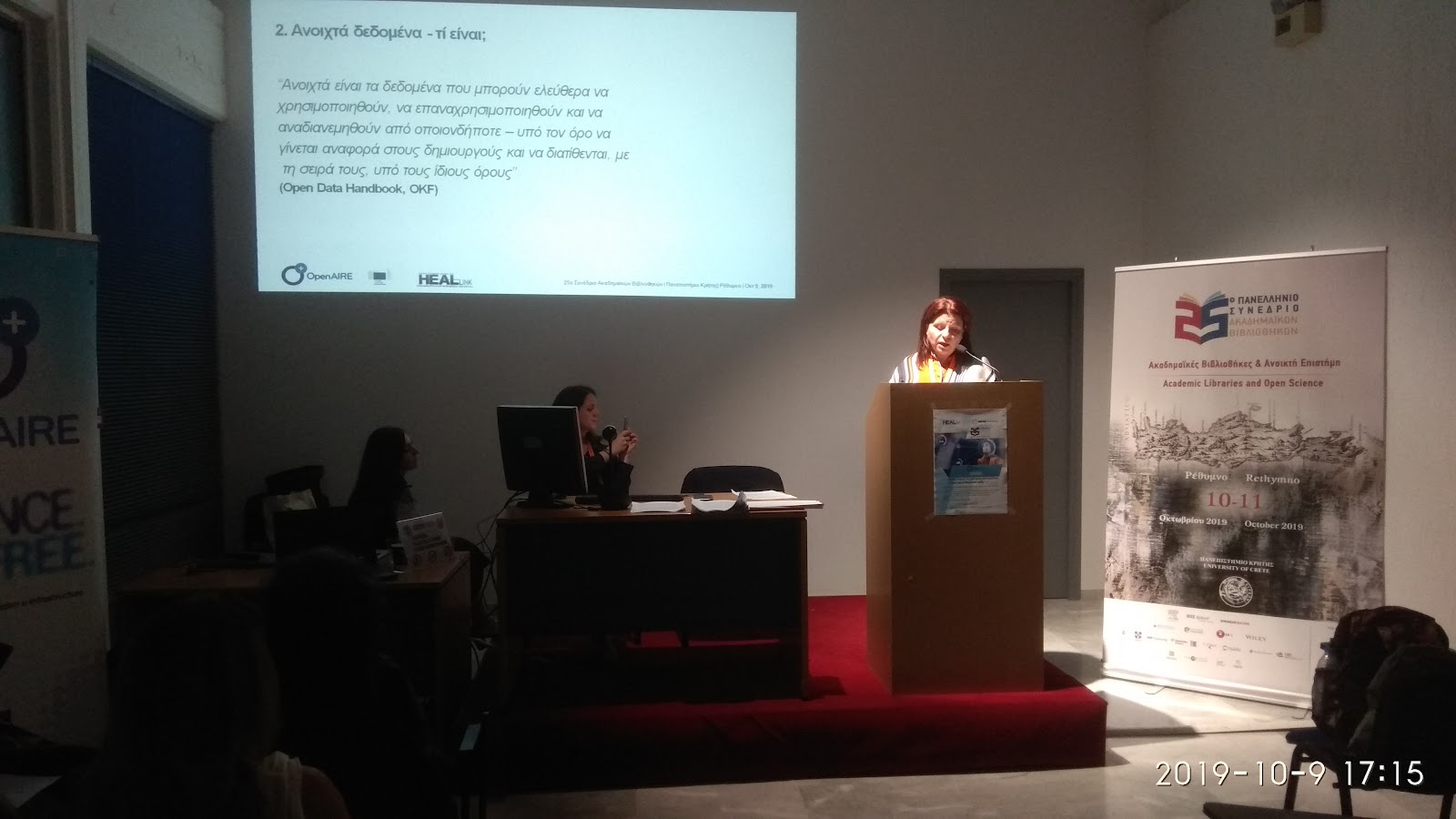 In other worlds, she tried to explain paragraph by paragraph the decision of the Rectors' Council, which is the first formal Declaration on open access in Greek universities. Additionally, she attempted to link the meaning of "open access", "open research data", "citizen science" and "open science" to the role of the modern library. 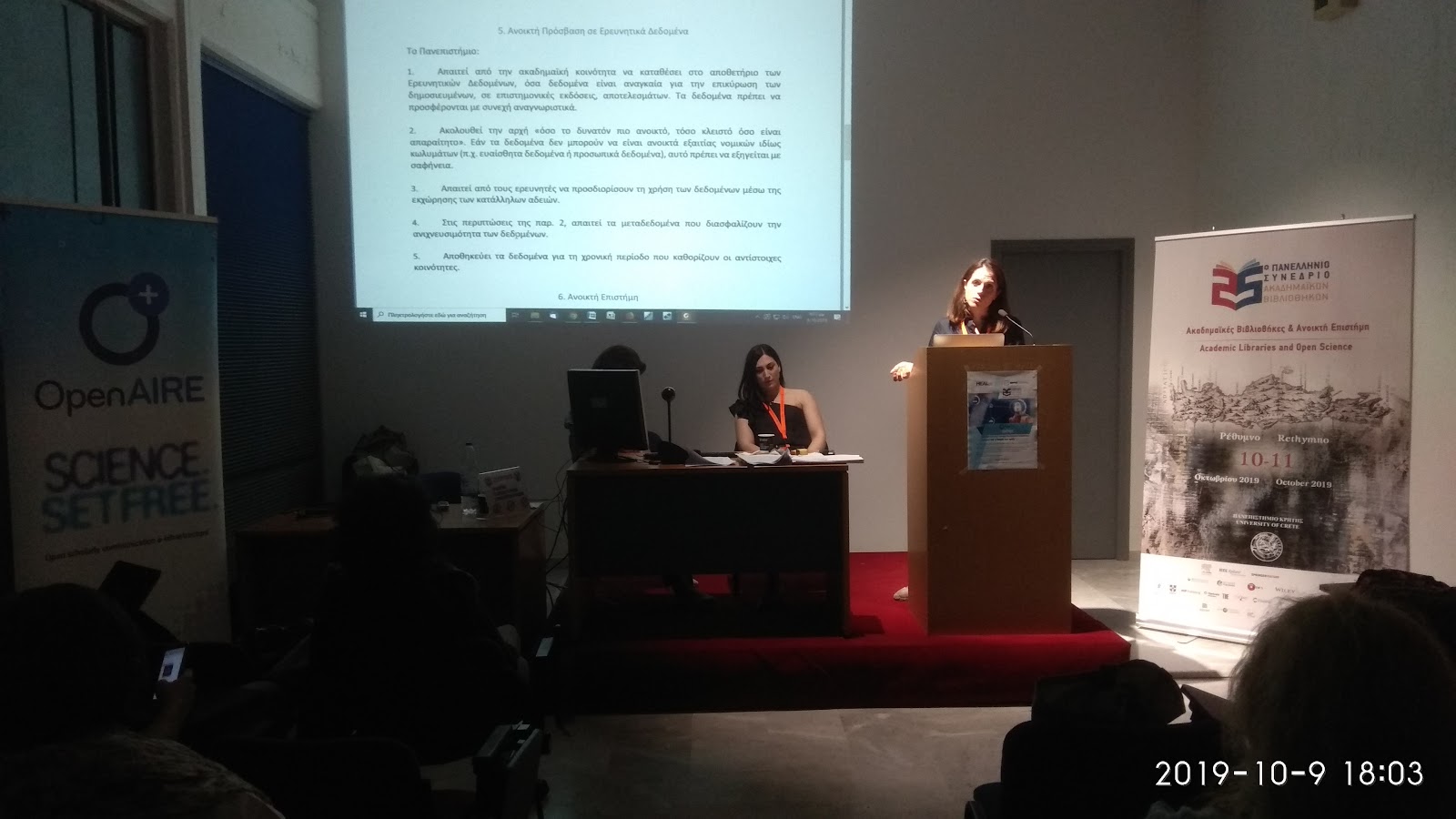 Τhe first part of the presentation focused on the key points of an institutional open access policy and the second on open science policies for Greek universities.

The workshop ended with discussion. Among others, the participants expressed the needs of their institutions and suggested changes to the model policy text.

Next Steps: The model policy has since then been revised based on the feedback received by the greek academic librarians community and will be presented to the next meeting of the Rectors' Council. The text will also be included in a supplementary to the Open Science Strategy document that has been drafted by the national bottom-up Open Science Task Force.

(Posted on behalf of Iliana Araka)