The Hellenic Open Science Initiative - HOSI forms an Open Science partnership in Greece with the goal to implement Open Science policies in the country and support the national representation and contribution to the European Open Science Cloud (EOSC) in a coordinated and participatory fashion.

HOSI activities are governed by a Memorandum of Understanding (MoU) signed between its members with the goal to:

The MoU reflects the terms and operating procedures of HOSI and forms a collective achievement and product of intensive consultations of the national bottom up Open Science Task Force.

The path to HOSI 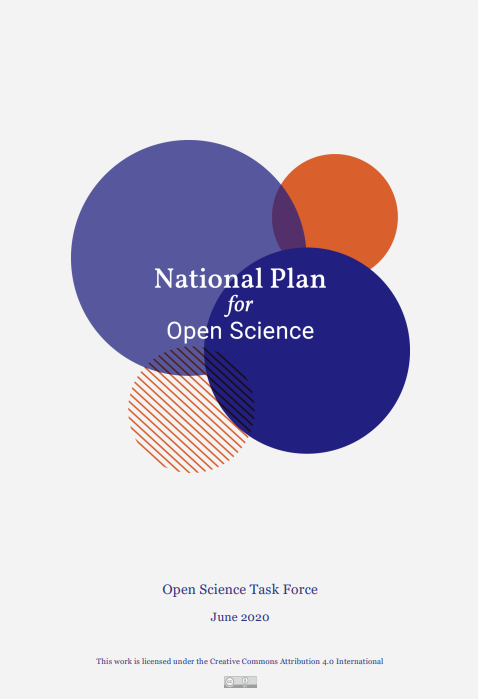 The HOSI ancestor, the Open Science Task Force, was set up in 2019 addressing the need for collaboration and coordination on Open Science as expressed during the Greek Open Science Symposium that was organised by ATHENA RC and supported by the OpenAIRE Greek NOAD. This group had a fruitful collaboration and in 2020 published their collective proposal for a National Plan for Open Science in Greece. It is worth noting that parts of this publication were transposed into the Digital Transformation Strategy 2020-2025 of the Ministry of Digital Governance.

The proposed Plan consists of a comprehensive set of policies and actions to foster the realisation of the Open Science ecosystem in Greece. It informs about latest developments at national and European levels, highlights the strengths and dynamic of Greek stakeholders in the Open Science field and suggests commitments in the following areas:

The contribution of the OpenAIRE Greek NOAD has been significant in many ways and at different levels for the past years. Both ATHENA RC and HEAL-Link (representing the Greek OpenAIRE NOADs) have worked towards raising awareness about Open Science and preparing the path to policy adoption, each one in its area of influence. Moreover, ATHENA RC has actively contributed to setting up and coordinating the Open Science Task Force with the Greek NOAD leading the organisation of the 1st Open Science Symposium and undertaking preparatory work for the Open Science Plan that eased common activities and interactions with other members.

The OpenAIRE Greek NOAD is part of the HOSI and will continue collaborating with other national stakeholders to implement key policies included in the National Open Science Plan. The following activities have already led to preliminary achievements:

The founding members of the HOSI address an open invitation to all stakeholders from the wider research and innovation ecosystem in Greece to join the initiative by co-signing the Memorandum. They also invite the country's scientific and research workforce to study the National Plan for Open Science and actively contribute in the design and planning of new policies and actions. At the same time, they call on the Ministry of Development and Investments, the Hellenic Ministry of Education and Religious Affairs, and the Ministry of Digital Governance to contribute to this shared vision by becoming observers and/or active members of the HOSI.

HOSI and EOSC via NI4OS