the National Open Science Days,  held on October 18th and 19th in Belgrade, researchers from Serbia had the opportunity to get to know the principles of open science, as well as the changes that can be expected in the future.

In addition to the experiences from other European countries, special attention has been paid to the Open Science Platform, which the Ministry of Education, Science and Technological Development adopted in July (see this blogpost for details).

The aim of the conference was to introduce researchers from Serbia to the principles of open science and current initiatives and requirements in this area, especially in the context of projects financed by the European Commission, and for the next project cycle and for projects and programs financed by the Ministry. Within the panel discussion on the second day of the conference, the advantages and expected problems in the institutions that are already building their repositories were considered.

More than 200 participants attended these 2 days, and it is interesting that for the second day the organizer did not provide (secure) enough chairs, so the last session took place in the open space at the University of Belgrade courtyard !

Additionally, the evaluation comments from participants are also open (https://docs.google.com/forms/d/e/1FAIpQLSenE6iozFgoyLF92v9jCu0qqwZ2dEfCCjHQPz-xRRx3eRFRbA/viewanalytics). If the topic is Open Science the comments must also be.

All presentations and video-streaming are available at: http://open.ac.rs/don2018 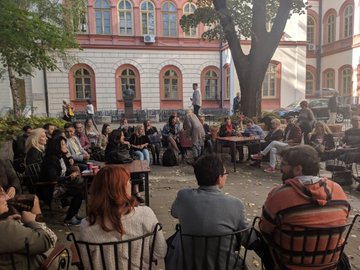 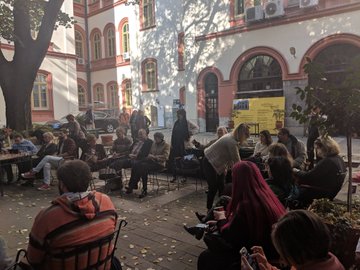