On a grey dull Thursday in November, the Danish NOADs in OpenAIRE put Open Science on the agenda. The Danish ministry of Higher Education and Science had kindly offered to house the event. Our aim was to have Research support staff, Researchers and Library staff meet and learn more about Open Science, its practical issues, advantages and challenges. More than 40 people had accepted the invitation.

Denmark has an Open Access strategy, that aims for 100 % green Open Access to publications by 2025. For many years Open Access has been an issue within the research libraries and among library staff but now we see that funders' demand for Open Access and Open Data is helping to set the stage for implementing Open Science at the universities through Open Science or Research Data policies.

Trying to set the do's and don'ts within Open Science we had invited Jon Tennant to open the event. Jon is a well-known Open Science ambassador and was about to end a 2 month stay in Denmark where he had been a research fellow at the University Library of Southern Denmark. So, he had first-hand information on the issues and challenges in the Danish research field and gave an inspirational and thought-provoking talk.

Ilaria Fava had kindly accepted to come and guide us through OpenAIRE from project to a future Legal Entity. Ilaria also had the rather ungrateful job of guiding the audience through EOSC – what is it? Judged by the following debate, EOSC and FAIR is getting mixed up and it is difficult to distinguish one from the other.

Last speaker was a real researcher. We wanted to let someone with practical experience talk about how sensitive data can be made FAIR. A commonly heard argument against FAIR is: "I work with personal data, so I can't make them FAIR". Hospital Physicist Carsten Brink from Odense University Hospital presented his research field (Radio Therapy of cancer tumours) and shared with the audience how he and his research group actually can allow for collaboration on non-anonymised patient data with other hospitals without the data ever leaving each centre. The method is called Distributed Learning (and Personal Health Train) and is visualised in this video. Their goal is to try and optimise the benefits of radio therapy and minimise the side effects. The collaborating hospitals convert their own data into the same structure using a common ontology and after the mapping is complete, a prediction model can then travel from dataset to dataset, from hospital to hospital and test if it predicts correctly compared to the observations made at the hospitals. By using data from many hospitals instead of just one, it is possible to get results based on a larger number of patients and thus get sufficient statistical power. And using the Distributed Learning model, this is accomplished without the risk of revealing the identity of the patients.

Carsten Brinks final remark was that the data they work with is made FAIR (or close to FAIR) not because of ideology, but simply because it is necessary in order to do the analyses they want, within the legal framework of GDPR and national legislation and complying to strict ethical requirements. 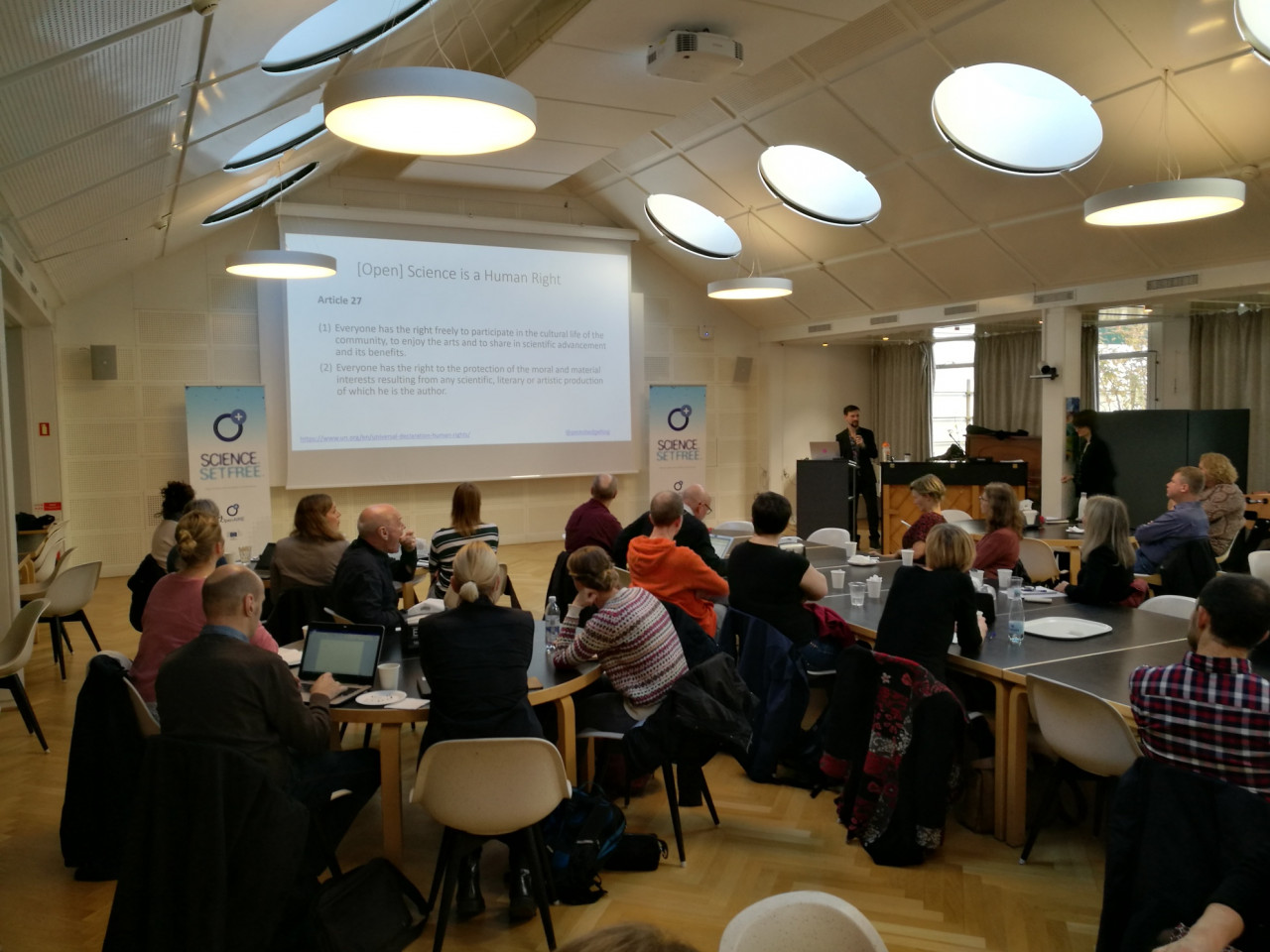 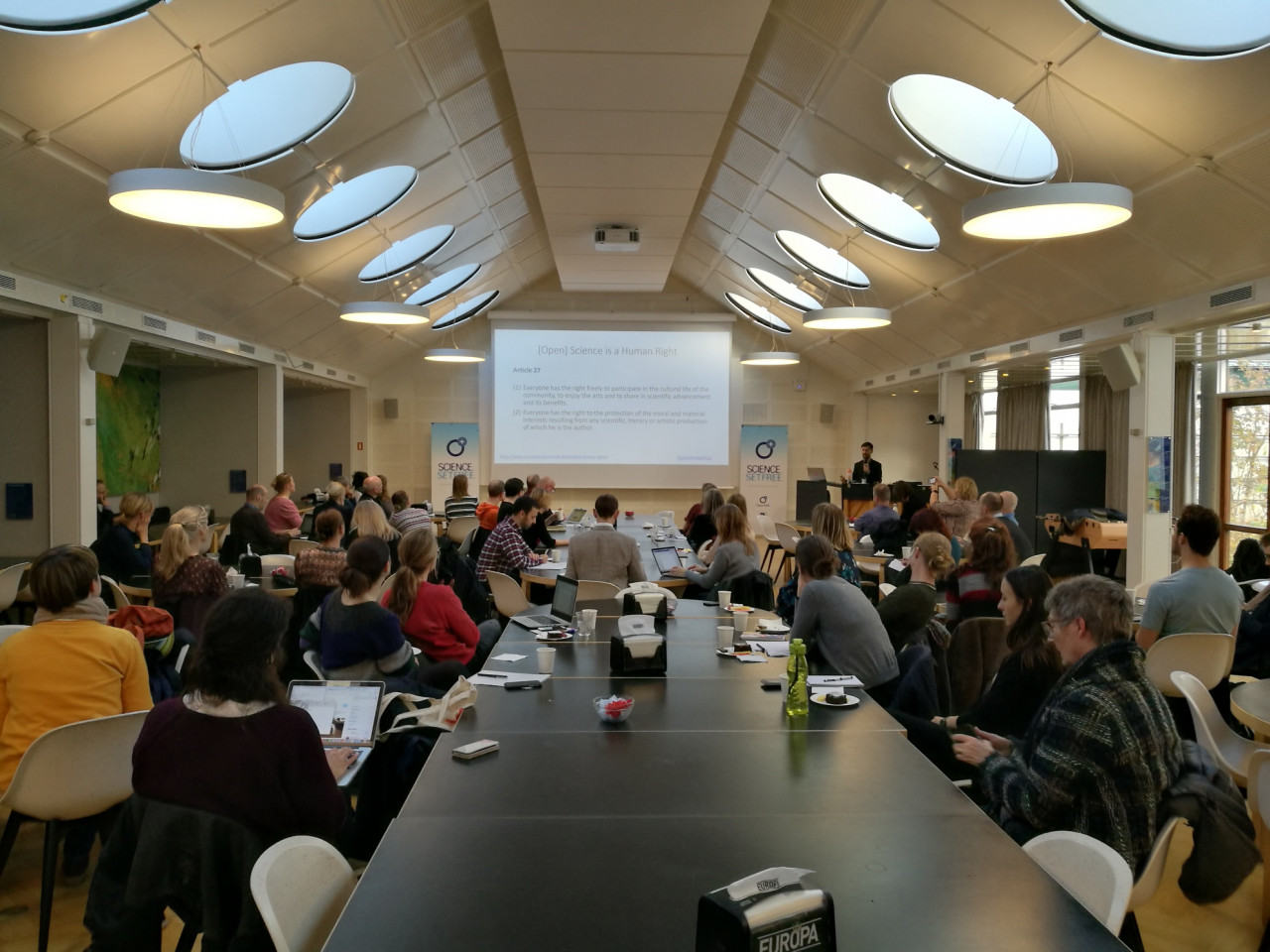 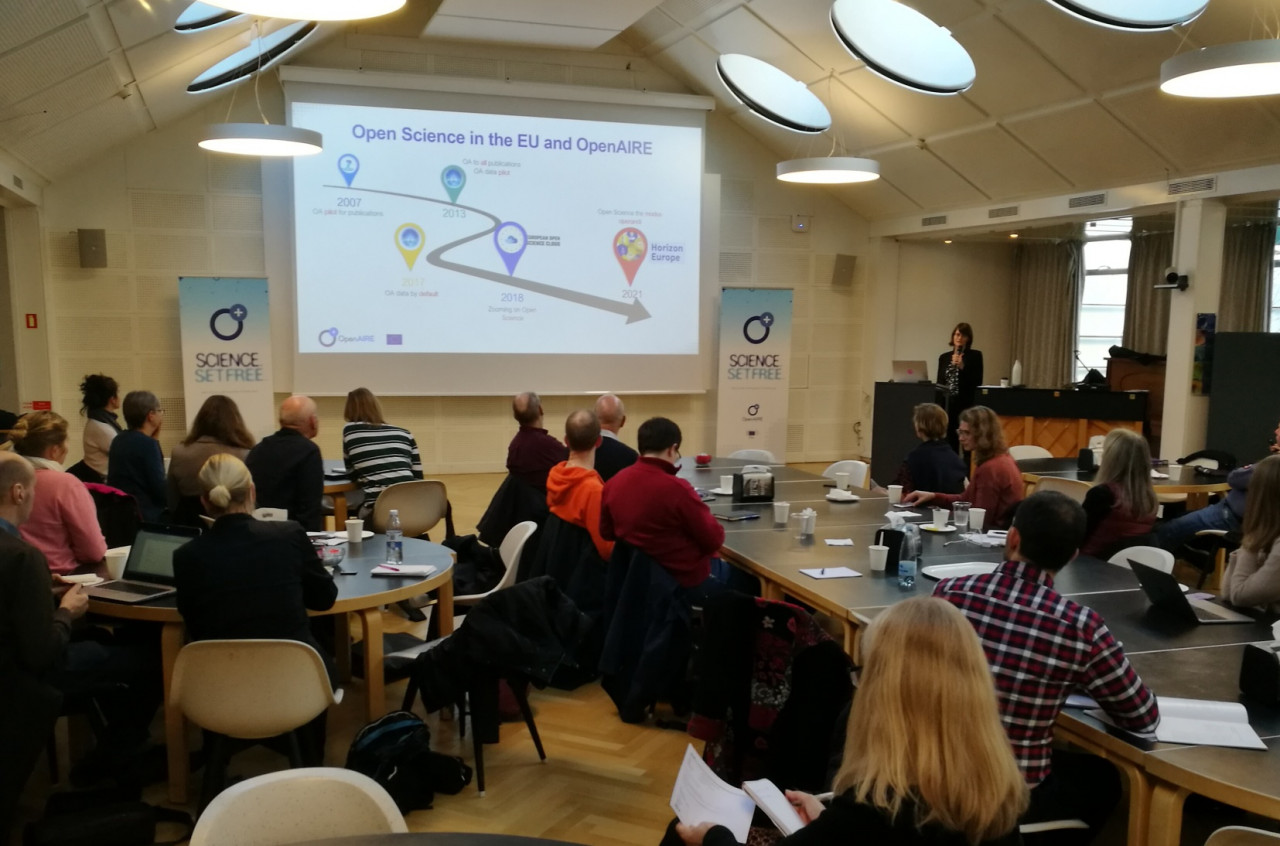 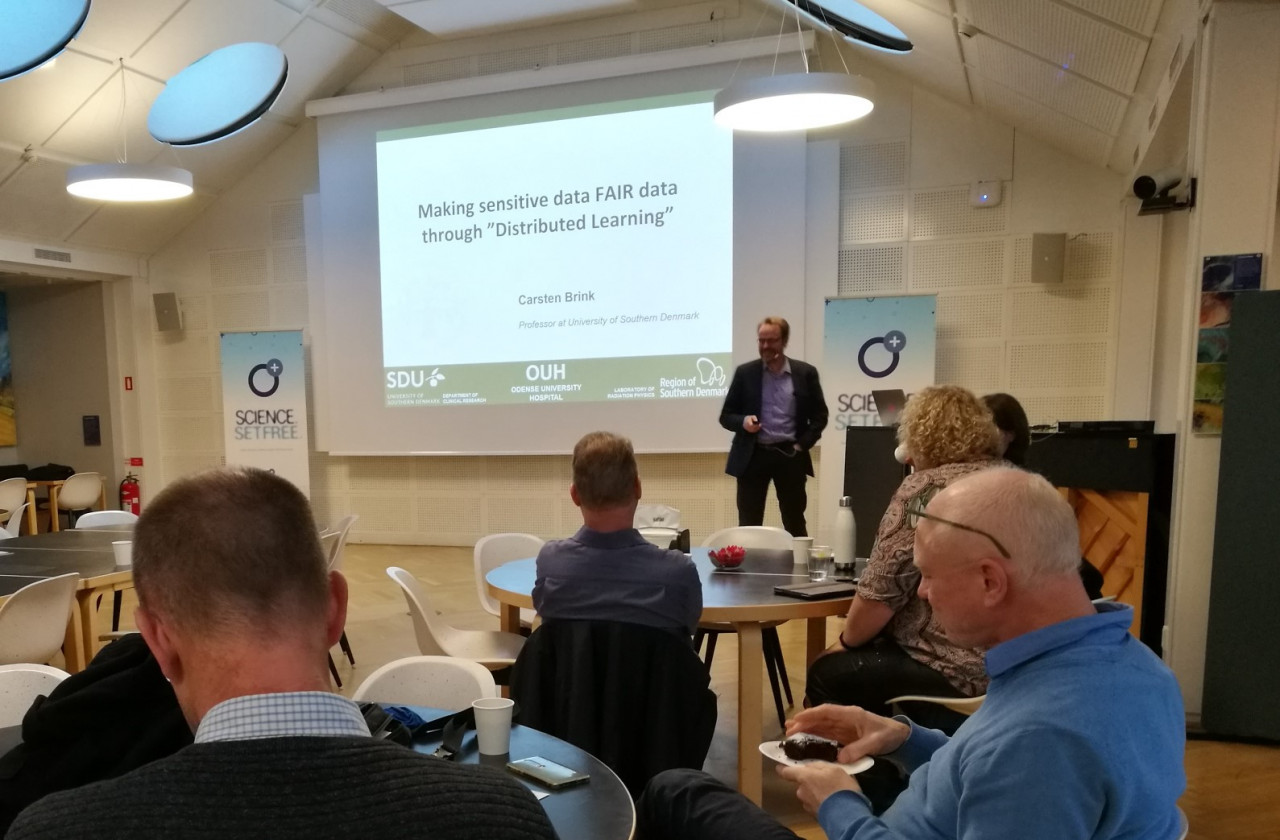 A library’s learning from DMP feedback