OpenAIRE and EOSC-hub: Collaboration is key

OpenScienceFAIR 2019: questions from the audience

From September 16 to 18, 2019, more than 300 participants convened in the beautiful city of Porto (POR) for the second instalment of the OpenScienceFAIR. One of the major themes of this year's conference revolved around all things EOSC - focusing on the European Open Science Cloud and corresponding questions around its future shape and form, and two joint workshops were organized by OpenAIRE and EOSC-hub. 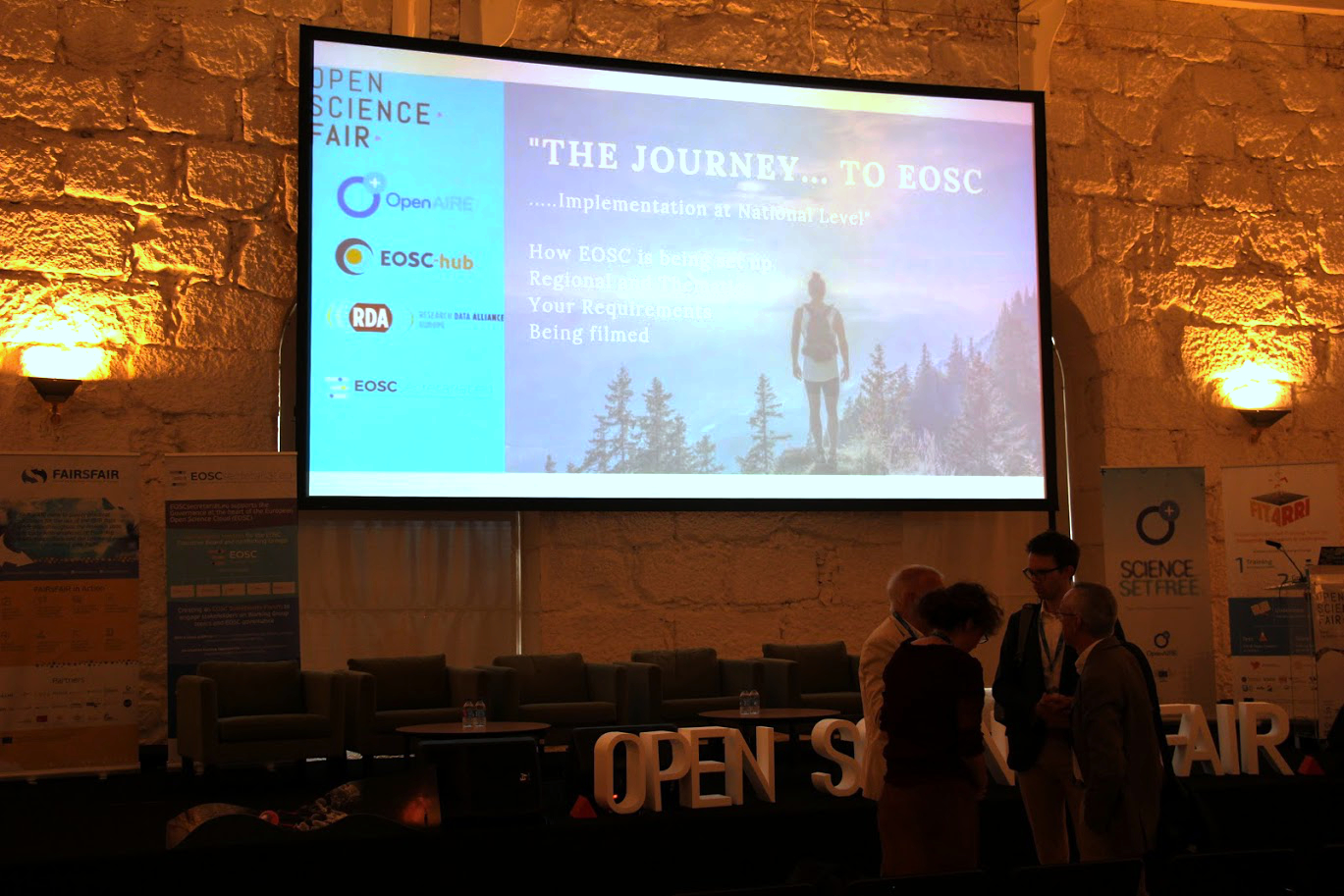 The workshop "The Journey to EOSC - preparing at national level", held on Tuesday, September 17, 2019, and chaired by Najla Rettberg (OpenAIRE), was designed to showcase the variety of initiatives already in motion in many member states of the European Union that work towards making EOSC a reality, and included representatives from EOSCsecretariat, NI4OS, EOSC-Pillar, EOSC-Nordic and SSHOC. Further to that, its goal was to foster exchange between these initiatives and to generate cross-sector insights as well as recommendations and good practice examples that might help to establish coordinated implementation efforts and use cases for others interested in following up on questions of governance, such as the formulation of national plans, and raising awareness towards EOSC within communities.

With more than 70 participants, the workshop highlighted the strong interest that the European Open Science Cloud generates among the Open Science community and a variety of stakeholder groups, ranging from Libraries to research institutions, infrastructure providers and policymakers. 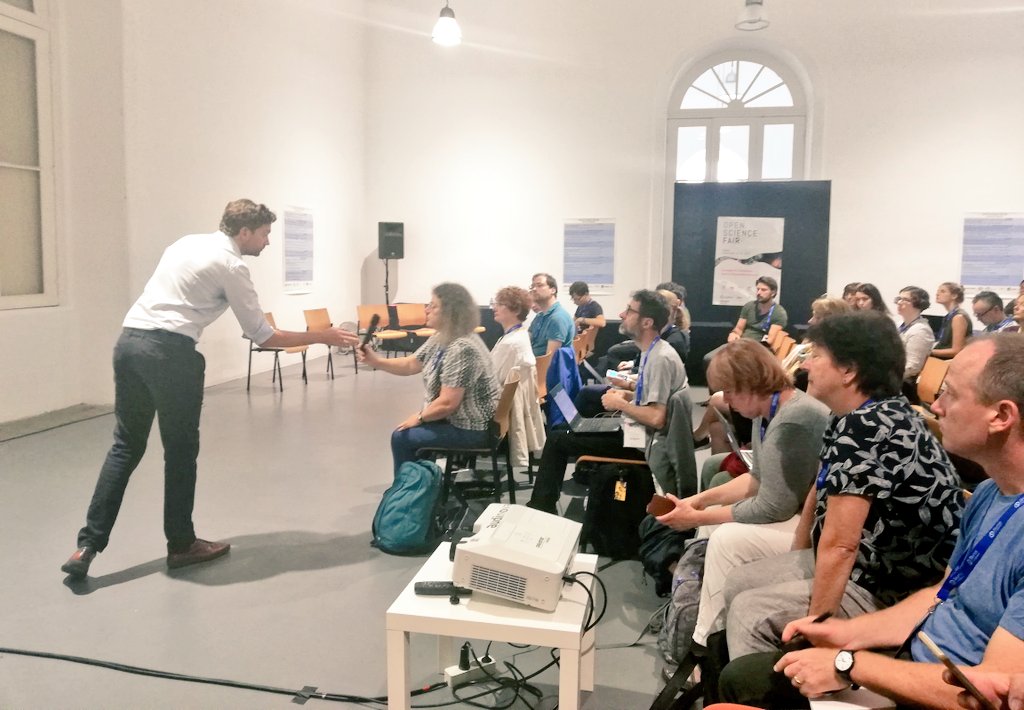 Closely related to EOSC, the "Services to Support FAIR Data: From Recommendations to Actions" workshop, which was the last in a series of three workshops co-organized by FAIRsFAIR, RDA Europe, OpenAIRE, EOSC-hub and FREYA, was designed to explore, discuss and propose recommendations on how existing data infrastructures can evolve and collaborate to provide services that support the implementation of the FAIR principles for research data, in particular within the context of building the European Open Science Cloud (EOSC). The objective of the workshop was to prioritize the recommendations gathered by the community in the two preceding workshops - and then to move beyond recommendations and formulate some clear, pointed actions along with a view on who should be taking these actions forward.

Ultimately, these two workshops held at the OpenScienceFAIR 2019 showcase the importance of both infrastructures working closely together to:

Feedback collected from participants of both workshops showed that many see it crucial that EOSC and its constituent initiatives make people explicitly aware of the benefits that the European Open Science Cloud will bring for research communities and other stakeholders on local, national and European levels.

Further to that, it was highlighted that outreach to, and active engagement of universities, research institutions and libraries could still be improved upon, and that these are seen as key stakeholders of not only promoting EOSC, but the more general idea of Open Science practices behind it.

All in all, these two workshops highlighted the benefits as well as the challenges that lie ahead of us all working towards a European Open Science Cloud. It also became imminently visible that collaboration between OpenAIRE and EOSC-hub is key to making this a reality.

For more on the joint vision for OpenAIRE and EOSC-hub, see the recently-published white paper "Common Vision, Service Provision, and Role in the EOSC Governance".​
×
Stay Informed