Everything we know about Open Science we have mostly learned from the people of OpenAIRE.
by  Biljana Kosanovic

The OpenAIRE team has the pleasure of speaking to Biljana Kosanovic, Information Specialist at the University of Belgrade. Read her reflections on Open Science.

How does the University of Belgarde support Open Science in Serbia?

There are several groups at the University of Belgrade working in different fields of Open Science. Most of the groups started with one woman/man, but they have now managed to gather larger groups around them. It all started with the repository of publications (TRAP-team), continued with the policy/platform group and then, with the support for data management (RDM-team), open software and hardware), as well as Open Science Community Serbia (OSCS).

We, at the University of Belgrade, certainly support and gladly respond as partners in all Open Science projects that are being implemented at other universities in Serbia. We have been recognized by the decision-makers at the national level as an organization that specializes in OS, which means that they immediately forward all questionnaires, surveys and invitations related to OS to us.

Together with colleagues from other institutions, we maintain the main portal for Open Science in Serbia: open.ac.rs

When and why did you decide to join OpenAIRE and become a NOAD?

For more than 10 years I worked as the coordinator of a national consortium for subscriptions to scientific journals and databases, and I thought it was time to introduce changes in the world of exchanging scientific information that was already happening in Europe and the world at that time (2014). Like all changes, it always starts with a project, and I thought (it turned out to be true) that OpenAIRE was the right project for us. At that time, OpenAIRE was already in its 2nd cycle, but we tried very hard to achieve the results that other countries had already achieved at that time.

I personally think that people like to work, but it is also very important that there is someone who knows how to organize them. When we joined OpenAIRE, I already had enough years, and thus experience in coordination. My IT background made it easier for me to communicate with librarians, IT people, but also decision-makers. I've been planning to do this for a few years, but I've been in that role for 8 years and seems to me that I'll do this until the end of my career (and I'm not complaining about that). But, for sure we already have somebody to continue this role.

What do you think is missing in Serbia to fully embrace Open Science?

(1) Rapid change of local regulations in the field of scientific publication/information:  in small scientific communities, such as Serbia, most of the finances come from the state budget. This means that they are the ones who dictate both: conditions and rules. The problem is that they often change their positions, and then it happens that we negotiate everything with them, but they change, and then everything starts from the beginning.

(2) Open Science costs:  although we have relied in this field on EC funds so far, the financial investment must also be made at the state level (eg. infrastructure, people, APC, etc.). I would like to point out that over 50 institutions and journal publishers in Serbia have recognized that they have to invest some funds for the Open Science (and they do it from their own funds), but there is no financial support at the national level.

(3) The lack of people with the skills that Open Science requires,  especially in the field of data management. For rapid progress and better support for the research community, we should already have recognized occupations such as data-stewards for example.

What are your top three priorities you will focus on in the next year?

We have a lot of goals, but when we decide on priorities, and we do it in groups, we, first of all, think about capacities. So I would like to point out the following:

(1) Increasing the number of repositories (and thus the institutions involved) by 10%. This automatically means an increase in IT staff, and it is not easy to find them to work in this (yet) academic sector.

(2) Introducing a doctoral course, in order to train future researchers for the skills necessary for Open Science. They start their research careers according to the principles of Open Science, and it would be good to start it ready and prepared.

(3) Significantly improving on the policy level, since we have a platform for Open Science in Serbia since 2018. A lot has changed since then, and it has become part of research commitments. We have already agreed on changes at the level of the ToNUS (Open Science Team in Serbia) group, but it is necessary to adopt them at the national level.

How do you think OpenAIRE will help you succeed?

Our active participation in OpenAIRE shows that we believe in the OpenAIRE community. Everything we know about Open Science we have mostly learned from the people of OpenAIRE.

In addition, all the services that OpenAIRE provides us, contribute not only to visibility (Provide and Explore) but also to measuring progress (Monitor). OpenAIRE is recognized in Serbia as a concept that works on the implementation and openness in science, so it is no longer necessary to explain what it does.

When we mention OpenAIRE, people know what it's about. We regularly monitor all OpenAIRE activities, and wherever we think we have the capacity, we ask to get involved. And in most cases, we are accepted.

What I said earlier, is valid here as well: we like to work. But it is good to have someone to guide and support us In the field of Open Science, For us it is OpenAIRE.

Get in touch with our NOAD in Serbia! 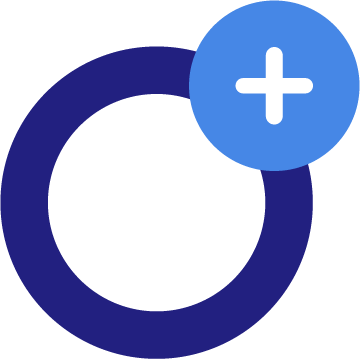