Biomedical and Health Sciences libraries can be quite diverse and heterogeneous, and sometimes they are managed by librarians working in isolation, without institutional repositories or other open access infrastructure. In order to help biomedical libraries dealing with these challenges, the Spanish Foundation for Science and Technology (FECYT) in collaboration with the National Library of Health Sciences of the Carlos III Health Institute (ISCIII) organized in Madrid this OpenAIRE national workshop under the title 'The role of biomedical libraries in the context of open access'.

The aim of this national event was to contribute to a better understanding of the research funding agencies' open access policies, how to comply with their mandates, and what infrastructures and services are available to the research community. The event took place on June 14, 2019; 135 people attended and another 25 followed it by streaming. 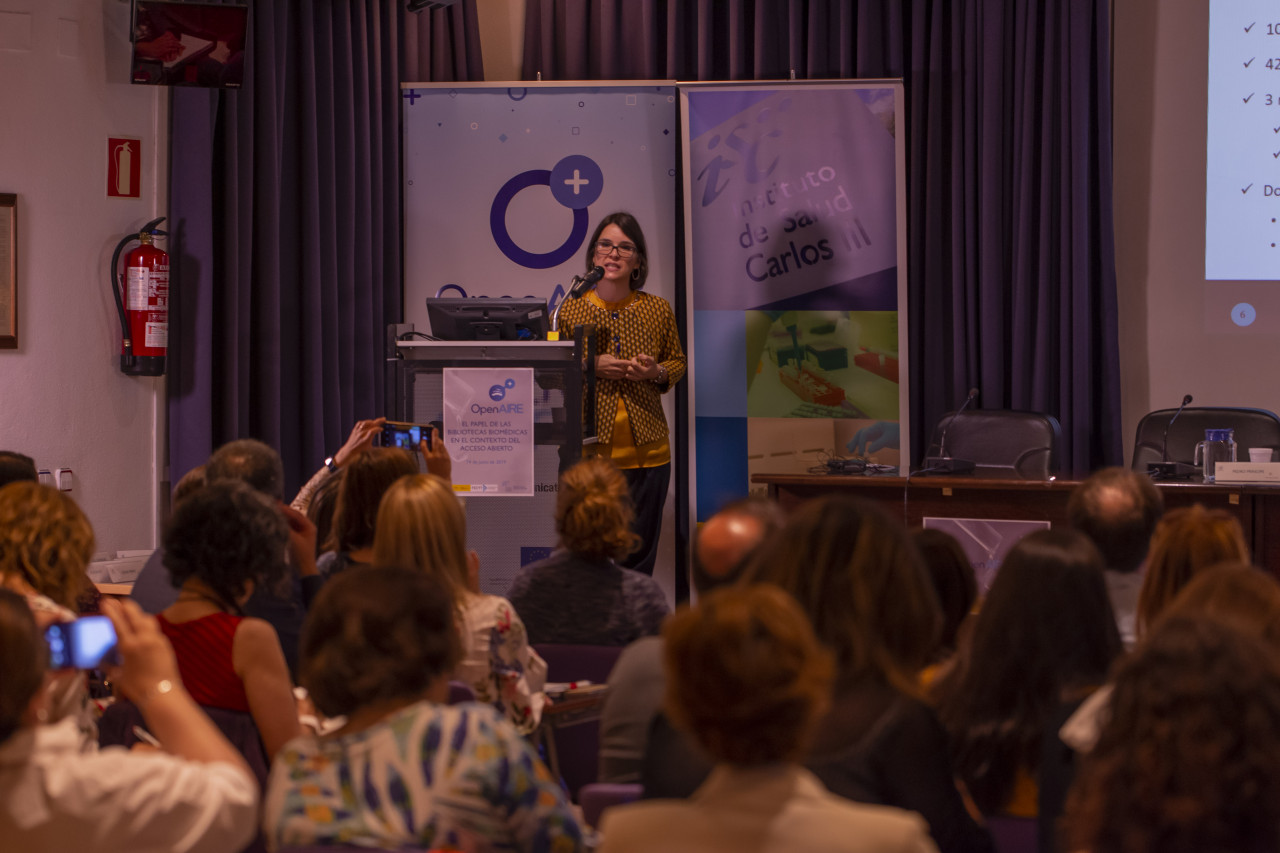 Margarita Blázquez, General Deputy Director of Networks and Cooperative Research Centers of the ISCIII, and Paloma Domingo, General Director of the FECYT, opened the event.
Next Pilar Rico, Head of the Open Access Unit, Repositories and Journals of the FECYT presented the context of European and national open access policies, pointing out some of the problems of the current scientific information market, and spoke about Recolecta, an open platform that gathers all the national scientific repositories together in one place and guarantees that all OA repositories are interoperable among them.​ 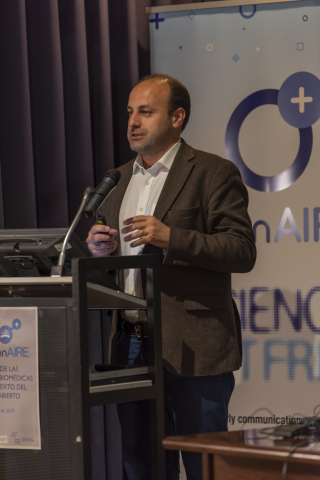 The keynote was held by Pedro Príncipe, from the University of Minho, who talked about the OpenAIRE infrastructures, resources and services. He explained the main services offered by OpenAIRE, as well as some of the challenges and new developments of the project, i.e. EXPLORE, which is the Discovery Service and in its Beta version we can search more than 90 million records of open scientific information content. He concluded that the real value of the repositories is in the interconnection of a network of repositories. 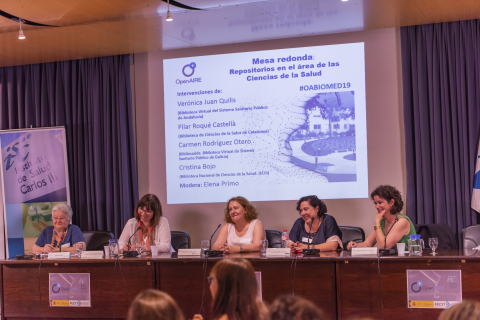 Each of them explained their history, aims and characteristics (altmetrics, thesaurus, etc.), underlining that RISalud has been the first Spanish repository focusing on health, and the first one indexed in Pubmed. Scientia is available in three languages, Catalan, Spanish and English, and has been indexed in OpenDoar and in OpenAire. RUNA includes a wide range of clinical and administrative documents, further than only academic publications, and includes the ICD10 classification in addition to integrating information aimed at citizens and patients. REPISALUD is a multi-institutional repository that also includes a wide variety of digital objects different from scientific articles, as dissemination material or scientific events, among many others; since June it is indexed in OpenAIRE too. 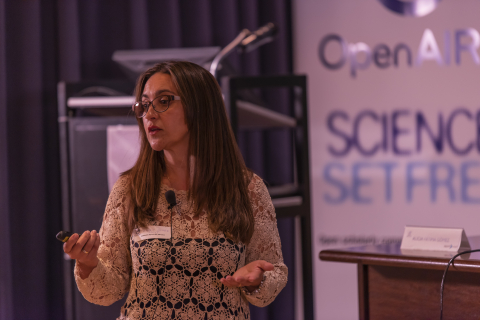 ​ The last part was focused on services and tools to help libraries supporting open access. Alicia Fátima Gómez (FECYT) presented threats and opportunities for libraries facing open access, going through the different activities where libraries can support researchers, as well as considering how open access and new initiatives as Plan S are changing the way libraries will be are managed, under new business models to access information. Finally, Isabel Bernal (CSIC) exposed some general characteristics about research data in the biomedical field, explained their services around research data management, as well as the data and licensing policy on Digital.CSIC datasets.

Links to the programme and the presentations

In addition, the recording of the day can be found in YouTube: https://www.youtube.com/watch?v=Q14fKz3z0fA

Finally, the event had a good repercussion on Twitter, with the hashtag #OABIOMED19