The GENDERACTION (GENDer equality in the ERA Community To Innovate policy implementatiON) project examines ways of strengthening gender issues in Open Science (OS) and Open Innovation (OI) policies and of research with a gender dimension. Focusing on selected aspects of OS/OI policies and practices, the project has found that most analyses and policy documents adopt a gender blind approach. The report argues that considering gender issues in the development of OS/OI policies could have a positive impact on the promotion of gender equality goals and the elimination of gender biases. As such, the report should be considered as a first exploration of such inter-linkages with a view to contributing to increased synergies between these two ERA policy priorities.

The project proposes a number of recommendations for key stakeholders in OS/OI and gender policy design, implementation, and monitoring to facilitate and support gender equality at national as well as European and international level.

2. Advancing knowledge and awareness About gender issues in OS/OI 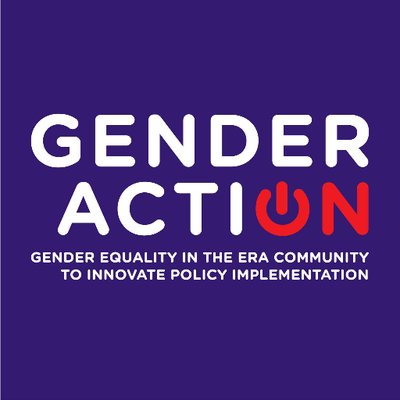 GENDERACTION is a Horizon 2020 project building an innovative policy community for the implementation of gender equality and gender mainstreaming in ERA, by setting up a network of national representatives from EU Member States and associated countries to foster policy coordination, best practice exchange, and mutual learning.