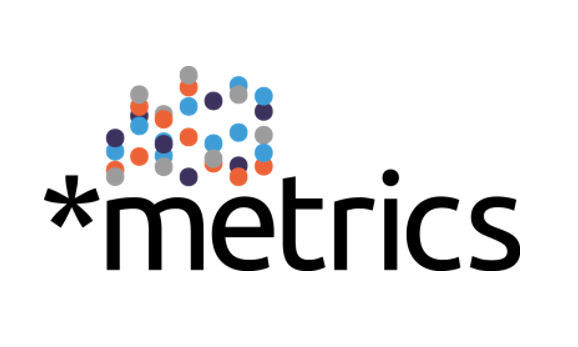 The main objective of this project was to develop a deeper understanding of altmetrics (aka *metrics1 / social media metrics), in terms of their general significance and their perception amongst stakeholders.
The project’s findings can benefit altmetrics users and will contribute to the greater openness and transparency of altmetrics initiatives.

Project aims to include the analysis and evaluation of altmetrics’ origins as well as their perception amongst stakeholders. In the two-year-term explorative user/usage studies were conducted and the current state of affairs regarding social media platforms and altmetrics were analyzed, as well as an assessment of the technical foundations.

The project had four major goals:

Although data gathering came with it’s challenges, the project concluded that altmetrics are better at reflecting engagement with scholarly outputs stemming from outside academia than traditional metrics such as citations. Altmetrics support researchers in finding out whether they reach their intended readership and how readers perceive, discuss and engage with literature. Altmetrics have also been shown to be “tie breakers”. Evaluators of scholarly products take into account traditional indicators first (such as citation numbers), but if altmetrics are also available, they will incline evaluators to favor outputs with higher numbers in altmetrics. Finally, social media and other online environments offer researchers new ways to share additional information about their work with a broader public audience. 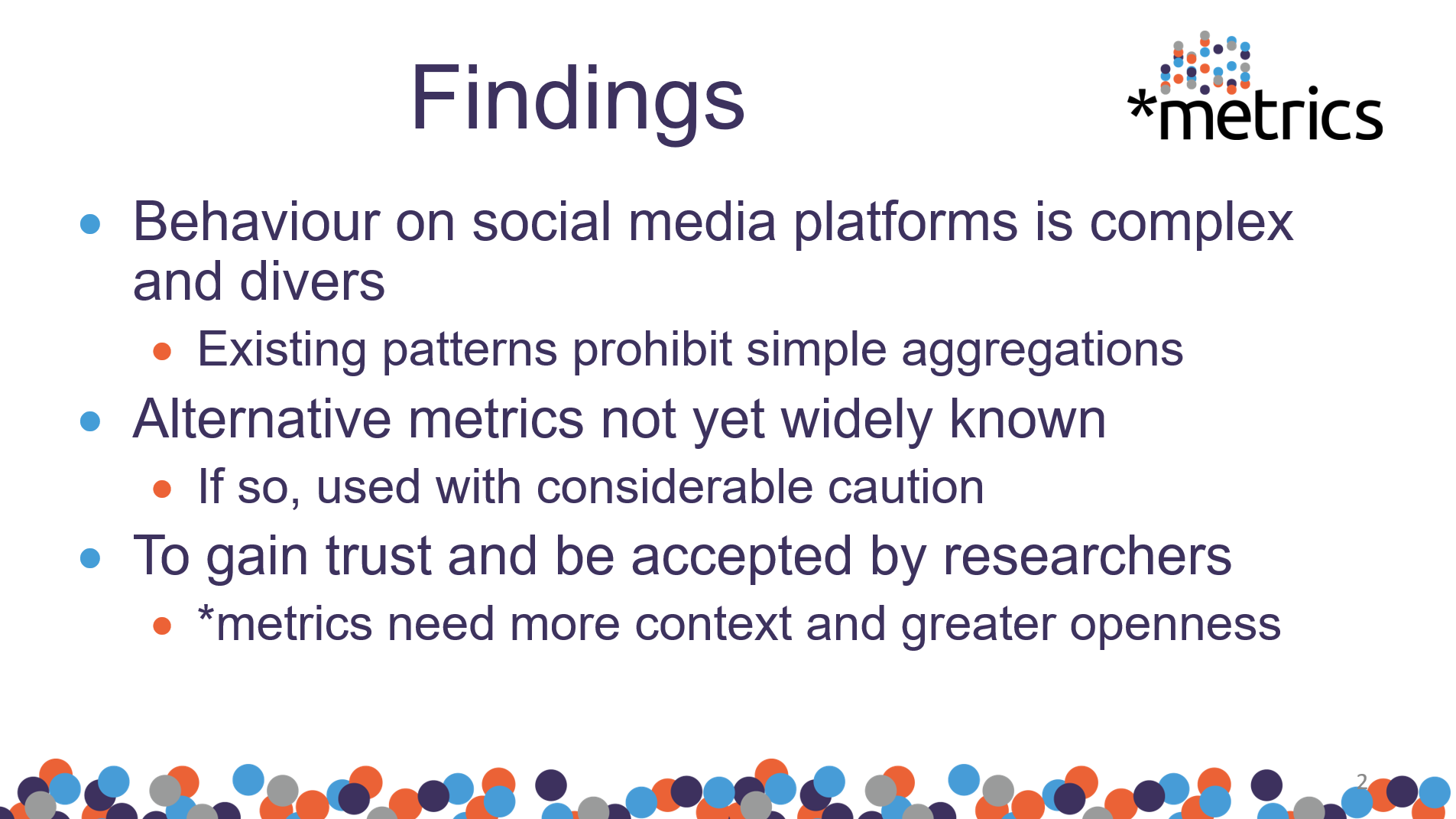 The *metrics project also formulated  a list of recommendations around altmetrics following their 4 major goals.

Other outcomes of the project can be found here: https://zenodo.org/communities/metrics-project

1. The project uses *metrics to summarize all of the different approaches involved in measuring scholarly communication,