Defining the Future of Scholarly Communication in Latin America 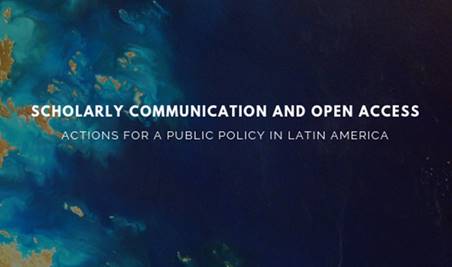 There is no “one size fits all” solution for open access. In Latin America, which has a very strong tradition of open access, the favoured approach has been the use of publicly-funded, non-commercial services. To raise awareness of this perspective both inside and beyond the region, LA Referencia has recently published a report, "Scholarly Communication and Open Access: Actions for a Public Policy in Latin America".

LA Referencia is a network of ten Latin American countries that provides a discovery service for open access content in the region. The council of LA Referencia is governed by representatives from the science and technology departments of the participating governments.

The report was prompted by concerns that discussions in the international community, which are having an impact on all regions, do not appropriately reflect the priorities and traditions of Latin America. In particular, not enough attention is being paid to the importance of repositories and repository networks, especially in terms of their role in changing the economics of the current system.

The report was written for the regional authorities of LA Referencia that attended the annual Global Research Council meeting, which took place in Brazil at the beginning of May. It describes the situation of open access in Latin America, reflects on "Plan S", and gives a series of recommendations. In particular, the report urges decision-makers to develop and promote a joint vision for the future of open access that reflects the Latin American perspective, and recommends actions for other stakeholders in the system, emphasizing the central role of S&T organisations in achieving this vision.

The report contains several recommendations related to repositories including:

The document concludes with the following statement:

“Latin America must discuss this initiative since all countries share many principles and objectives. The specific issue where differences are found is the APC payment. Differences are due to four reasons: costs involved, current model of Latin American journals, option to develop policies for Open Access repositories, and assessment of results based on whether greater competition and innovation is produced in the model. Finally, many actors have pointed out that the proposal contained in Plan S should also assess the role of repositories as a viable and free alternative to promote OA and meet the organizations’ regulations.”