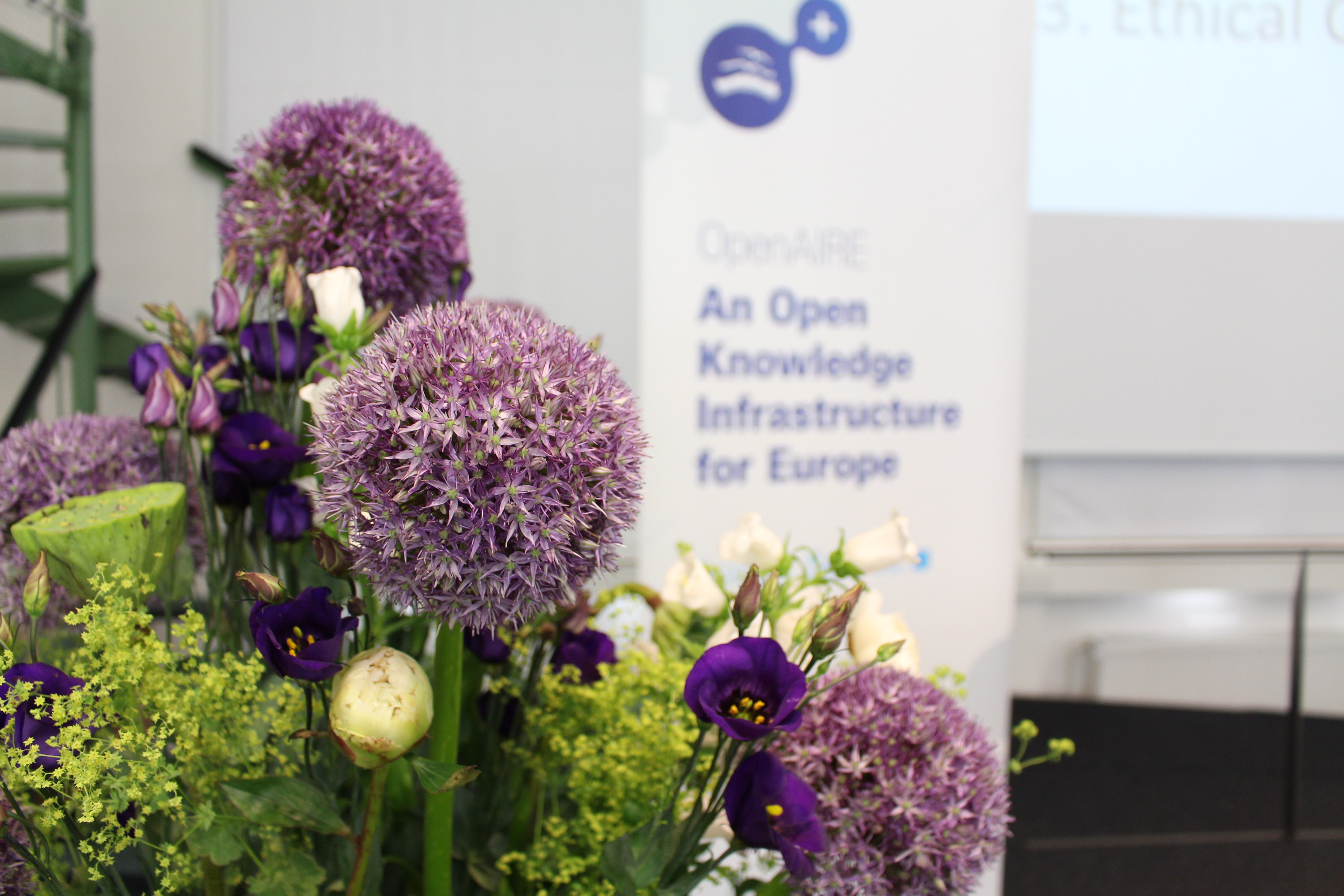 OpenAIRE is involved in numerous activities and events to aid and move forward the different aspects of Open Science. Among them we are investigating Open Peer Review through surveys, experiments and workshops. View a summary of our activities and parcicipate in our ongoing survey.

Responsible research, theatrical librarians, Open Science as a human right, TDM, Open metrics. These were just some of the topics on the agenda at the diverse and exciting Open Science Fair in early September where over 300 delegates came together in the stunning setting of the Niarchos Cultural Centre in Athens. Read on for an overview.

As OpenAIRE continues to push the boundaries of Open Science, it has been carrying out a range of activities to investigate how openness and transparency can improve scientific processes in the area of quality evaluation (See: Open Peer Review in OpenAIRE).

In the context of its Open Peer Review activities

OpenAIRE is currently running a survey about OPR. We like to get to know about your opinion about OPR in general, its special flavors, and about the expected effects of OPR on the system of scholarly communication.

Survey on Open Peer Review – tell us your opinion! Take the survey now

It takes around 15 minutes to complete and will remain open until Friday 7th October.

To encourage experimentation in OPR, especially to investigate ways in which OPR technologies might integrate with OpenAIRE’s infrastructure in mid-2015 OpenAIRE ran an open call for tenders for open peer review prototypes/experiments. Twelve bids were received, of which two were chosen in a thorough evaluation process:

They aimed to turn repositories into functional evaluation platforms by building an open peer review module for integration with Open Access repositories and then implementing this module in two high-profile institutional repositories.

The Winnower sought to integrate the Winnower platform with repositories like Zenodo via DOIs and APIs to facilitate open peer review of repository objects, as well as offering financial incentives to encourage open participation in the sharing of ‘journal club’ reviews and documenting user experiences via survey.

In addition, a third experiment was already specified in the OpenAIRE2020 project proposal, led by

OpenEdition aimed to use open services such as the annotation software hypotheses.org and OpenEdition’s platform for academic blogs to model a workflow (selection, review and revision) that would develop blog articles into peer reviewed publications in the Humanities and Social Sciences.
For further information about the experiments and their results, you can find the experiments report – open for post publication comments via our blog.

On June 7th 2016, in conjunction with The International Conference on Electronic Publishing (Elpub) in Göttingen, OpenAIRE held a workshop to explore the “models, benefits and limitations” of Open Peer Review (OPR).
It brought together interested stakeholders to facilitate discussion on different aspects of OPR. The special focus of the workshop was on ‘challenges of open peer review’ – especially problems of a common understanding, of incentivizing participants as well as ethical challenges.
For further information about the workshop, please see the
Among this, we have been working on a common definition and terminology around OPR, that is supposed to be provided to the community as a base of a wider discussion. Part of it is already included in the current survey.

Digital networked technologies are reshaping scholarly communication, yet the predominant model of peer review remains the one which has been in place since the 1950s. As this model is subject to increasing criticism for being, for example, slow, unaccountable, wasteful of resources, and lacking in incentives, it makes sense to test and examine the ways in which new technologies enable new models of peer review. While a variety of initiatives, led in the main by publishers and researchers, have to date been implemented or proposed, the academic literature around open peer review remains scarce and chaotic and the names of differing forms of open peer review vocabulary often ill-defined.