Ulrich Herb is already somewhat of an Open Science (OS) veteran. He was one of the first German signatories of the Budapest Open Access Initiative and has worked on various Open Access (OA) projects including the establishment of the first Disciplinary Repositories in Germany as well as the founding of the Open Access Press of the University of Saarland. In addition, he has written journalistic articles on the subjects of science and open knowledge (e.g. at Telepolis). He has worked at the University and State Library of Saarland since 2001, starting with a project on professional communication in Psychology. Following a first degree in Sociology, Ulrich recently received his Ph.D. in Information Science for a thesis entitled Open Science in Sociology (German language; available online or in print) which examined the development of the various elements of Open Science (OA to publications, data and software, as well as Open Review and Open Metrics) in the discipline of Sociology, as it compares to other subjects. Ulrich here shares the main findings of his research, as well as his wider thoughts on the history and future of Open Science.

What do you understand by the term “Open Science”? Is it a cohesive phenomenon?

Open Science, as I understand it, is the area of Open Knowledge that deals with scientific information. Open Knowledge, in turn, is knowledge that can be used, edited and distributed according to Open Source principles. The ideal of Open Science is to make all objects involved in the research cycle openly accessible in this sense.
Open Science, as generally understood, is mainly about the objects or items of scientific work, such as text, data and software, but also includes “Open Review” (of text, data and possibly code), as well as “Open Metrics” as scientific para-information. Review and metrics are crucial since they often don’t merely report on the impact of science but can actively steer it as scientists often strongly orient their actions towards such evaluative criteria. In Open Review and Open Metrics the focus is less on OA to research products per se, but on transparency in the evaluation and assessment of scientific work. However, ideally reviews and the raw data that underlies metrics should also be made openly accessible.

You studied the state of play of Open Science in Sociology. What were your main findings?

OA to journal articles is well established in Sociology. This is especially true for the German-speaking world, where it is strongly promoted by journals that often allow the published versions of articles to be made available in Green OA at the end of an embargo period or even make them Open Access themselves. In addition, Closed Access journals usually have liberal OA policies as regards Green OA. Gold OA journals in Sociology very rarely charge APCs; where they do so, charges are low. On the other hand, OA to book publications is very weak in Sociology. I attribute this to a lack of professional brand building among OA book publishers. OA books will likely become more standard as established publishers develop OA options or a disciplinarily-accepted publisher develops organically from the sociological community.
OA to research data and research software is almost non-existent in Sociology, in both the German-speaking countries and the rest of the world. There is a dearth of disciplinary training, as well as a lack of positioning by the community, for example occurs through the issuing of statements as commonly occurs in other subjects.
However, incentives to move towards data-sharing that exist in other disciplines are unlikely to be effective in Sociology. Data citations are not widespread in Sociology, probably as a result, firstly, of less emphasis in general on citations as a measure of impact than in STM subjects, and secondly because domains like theoretical Sociology do not produce data at all. Sociologists, more than natural scientists, seem still to consider data to be intellectual property and fear loss of control and misuse in regards to making data OA. Finally, Open Review and Open Metrics are very rare in Sociology.

What results where most surprising for you?

I was positively surprised by the prevalence of OA to literature in Sociology. However, I was disappointed to find such limited use of Open Review. Peer review is thought more problematic in Sociology than in STM subjects. This can be attributed to a few factors. To give just one example, Sociology is less concerned with what Schimank und Volkmann term “puzzle-solving”, so much as with discussion of fundamental principles. In addition, Sociology sometimes deals with ideologically charged issues that imply deep ethical/moral disputes. But since its review practice is problematic, Sociology could especially benefit from the transparency of the Open Review, because this allows checks to be placed on the objectivity of assessment. 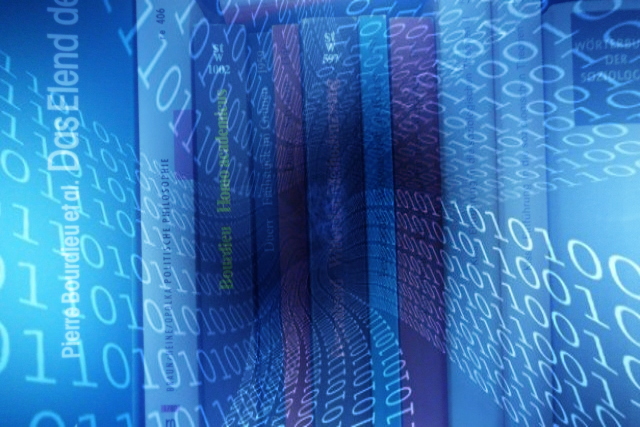 The rarity of OA to data and software was surprising in a negative sense as well. Social science data is especially well-suited for secondary analysis. Open Data also has an ethical dimension: for example, the re-use of qualitative data derived from surveys with victims of abuse, would free such people from multiple requests for information regarding these events. And considering Sociology’s widespread use of the open-source statistics framework R, including its open repository infrastructure, mean that the scarcity of OA to research software in Sociology is disappointing. In sum, Sociology could benefit greatly from all the areas of Open Science, yet has yet to take up this potential.

How does Sociology most differ from other fields as regards the uptake of Open Science?

Besides the prevalence of OA to  literature, the most striking difference is the level of hesitancy to Open Science that exists among sociologists, despite the potential benefits I just described and the good infrastructural conditions, for example, provided for Germany by GESIS or the R-environments. I think this can, however, be partly explained by the inherent characteristics of the discipline. There are, for example, important sub-disciplines like theoretical sociology which deal with scientific reflection upon the discipline itself and hence do not produce any data or software itself. Another particularity is the privacy issue: Sociology frequently uses very sensitive data whose non-anonymized disclosure is of course impossible, but which are worthless in an anonymized form.

Where do you see Science Open in five years? What are the main challenges to come?

Fueled by increasingly stringent funder policies and mandates, OA to sscientific objects like text, data and software will continue to increase. This will also be true for books, albeit to a lesser extent than for journal articles. As for Open Review, I am more skeptical. Although I myself like the idea, I don’t think open peer review will establish itself in Sociology. In metrics, I would like to see a proliferation of metrics whose data and parameters are openly visible and re-usable and can be read via open APIs. However, I rather suspect that commercial actors such as Elsevier and Thomson Scientific for citation or MacMillan as a provider of Altmetric or Ebsco as a provider of PLUM will prevail. It is to be assumed that those providers won’t open up their data. I hope that Sociology takes up Open Science to most fully realize its potential, albeit with the caveat that Open Science must be adapted to the aforementioned disciplinary specificities.